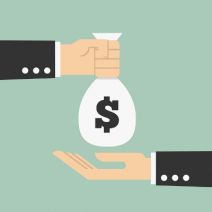 Wearable technology is still emerging, but a much different type of smart tech is coming soon. At the Kaspersky Labs Security Analyst Summit, the question of whether or not embedding technology in the human body is a viable concept was discussed in detail. This is supposedly the future of smart technology.

Hannes Sjoblad, a member of a Swedish group called BioNyfiken (warning: unless you speak Swedish, you might have trouble on this website), has implanted NFC (Near Field Communication) chips into his own hands in an attempt to back what he calls “biohacking.” This is the process of embedding technology into the human body to perform certain functions. This technology is still in development, but if it’s successful, we can expect to see “cyborg-like” results.

Sound too weird to be true? It’s a squeamish trend that’s happening all around the world. For proof, here’s a real video of YouTuber Mike James getting an xNT NFC chip implanted into his hand (skip the video if you don’t like needles).

According to ZDNet, over 300 Swedish citizens have volunteered to have these NFC chips implanted in their hands, specifically between the thumb and the forefinger. This project began as a crowdfunding campaign on Indiegogo, and has quickly turned into a topic of interest. Sjoblad himself uses this chip for a number of things. He says he can use it to unlock his house doors, bike lock, and even for his shop memberships and business cards. How’s that for smart technology?

Sjoblad was quick to defend his organization’s ideas by explaining that cyborgs “are already among us,” in the form of people with pacemakers, insulin pumps, and other medical technologies. He also explains that this technology is rapidly becoming more affordable as time goes on, not unlike other technologies like computers and smartphones. In terms of privacy, we already have smartphones that are capable of sharing personal data; therefore, these NFC chips shouldn’t be a cause for concern.

Sjoblad hopes that embedded NFC chips will improve the way that humans perform day-to-day activities normally achieved through use of smartphones, without having to use the device itself. Devices “clutter up” these daily routines and complicate things. Even wearables are considered “clutter.” Sjoblad’s goal is to eliminate these devices and simplify tasks using his NFC chips.

You can imagine the possibilities for this type of technology in the future. One of the most notable possibilities is two-factor authentication. Imagine keeping your computer locked until you and your unique NFC chip are within range. Or, imagine accessing a bank account without fear that someone else has access to it. Whether or not this type of technology will become readily available for the public is another topic altogether, but there’s a very real possibility that this kind of authentication can change the way we use our technology.

What are your thoughts on turning NFC chips and the human body itself into an authentication tool? Let us know in the comments.

Bonus technology: Want to take advantage of NFC tech without the use of needles? Try the NFC Ring.