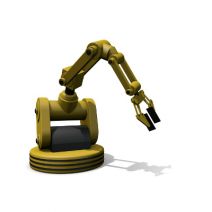 The point of living in a world where technology takes over everything is that it’s supposed to make life easier. Although, keep in mind that imperfect humans are responsible for creating these technologies. Therefore, technology is flawed, maybe even to the point of putting people in harm’s way. This fundamental truth makes for an uneasy trust between man and machine.

Take for example a tragic incident that occurred last month at a Volkswagen plant in Germany, where a robot was actually responsible for the death of a worker. This robot was designed to piece together cars by moving and manipulating auto parts. According to The Guardian, the error occurred while the robot was being set up by a team of technicians. Due in part to a human error (supposedly), the robot grabbed the worker, instead of an auto part, causing critical injury.

A second example of why we should be suspicious of robots comes from the road. Led by the efforts of Google, several major technology companies are developing and testing self-driving cars. As great as it sounds to sit back and play magnetic travel chess while a robot chauffeurs you around town, the high number of reported fender benders from the testing phase gives us good reason to be a little nervous. Think about it, how do you feel about being on the same road as fast-moving, metal-death traps that are vulnerable to hacking attacks?

Buried deep in the human psyche, connected perhaps with our survival instincts, is a mistrust to give up too much control to something (or someone) that we don’t fully understand. When it comes to machines and computers, just how much do you understand about how they work? Unless you’re a computer programmer or an IT technician, it’s likely that you don’t know enough about these machines to totally erase the fear that robots will one day rise up and enslave us all. This is why science fiction movie franchises are exploring this narrative in fantastic detail, like The Terminator and The Matrix, have connected so deeply with people’s imaginations (and wallets).

Just how safe are you from the technology that you’re dependent upon? While it’s unlikely that you work with battlebots equipped with saw blades and flamethrowers, or that you play traffic roulette with a driverless car, you’ve got a lot riding on your company’s data. In fact, it would take just one major disaster for your system to crash, causing major data loss. This kind of a data loss disaster can potentially ruin a business, and by extension, your livelihood.

A disaster like this can happen at the hands of an incompetent user, an error from an imperfect machine, or even something else entirely, like a random act of nature. One way to gain peace of mind while living under such a looming threat is to learn more about the machines that you trust with so much responsibility, and it’s unlikely that you’ve got the time to analyze and understand the inner workings of your computer network. Alternatively, you can outsource the care and maintenance of your machines to the knowledgeable IT professionals at NuTech Services.

Because, at the end of the day, who do you trust more; man, or machine?