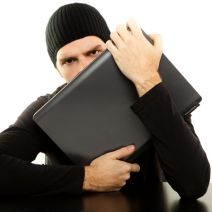 You might recall how the Silk Road, an illegal online drug market, was recently shut down. Similar to the Silk Road, there’s another distributor of sensitive information out there; this one dealing with zero-day vulnerabilities. These types of cyber threats sell for top-dollar, and hackers are willing to pay in order to access your network.

As reported by WIRED magazine, this new marketplace calls itself TheRealDeal Market. Thanks to the anonymity of the Darknet, TheRealDeal market is capable of using software like Tor to cover its tracks, and Bitcoin to keep transactions anonymous. WIRED goes into detail about the niche which differentiates TheRealDeal from other vulnerability markets: high-quality code, stolen credentials, and hacking tools that are exceptionally difficult to get a hold of. This essentially equates TheRealDeal to a high-end code market that provides a “reliable” mode of acquisition for cybercriminals.

Of course, there’s no telling whether any of these supposed exploits being sold are “the real deal.” According to WIRED:

Any of the listings could instead be attempts to scam gullible buyers. The $17,000 iCloud vulnerability in particular, which claims to offer access to virtually all of a user’s sensitive mobile data including emails and photos, seems like an unusually good bargain. For comparison, zero-day salesmen told me in 2012 that a working iOS exploit could sell for as much as $250,000. The next year The New York Times reported that one had sold to a government for a half million dollars.

In other words, it might really be too good to be true for some hackers, and the site might even be trying to pull them into a hoax (scamming the scammers). Despite this, TheRealDeal apparently has some sort of fraud protection service, though it’s unclear how it operates. Plus, TheRealDeal is surprisingly sophisticated, especially considering the plethora of other illicit activities that the market is known for, including the selling of contraband, illegal substances, and stolen identities.

The level of professionalism seen here is disturbing, but if nothing else, it shows that hackers are both organized and resourceful. Unfortunately, by strategically offering rare code to well-funded hackers, TheRealDeal is making malicious code more readily available to the rest of the world, which means that hacking attacks will grow more common in the near future.

Thankfully, you don’t have to worry if your business is prepared for the worst. By taking advantage of comprehensive security features, like those offered with NuTech Services’s UTM (Unified Threat Management) solution, your business can reap the benefits of enterprise-level security measures. To fortify your business’s network from the latest threats and security vulnerabilities, give us a call at PHONENUMER today.