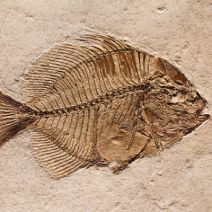 Who remembers seeing Jurassic Park in theaters in 1993? By now, the dinosaur flick is ancient history, but with Jurassic World hitting theaters today, you might have huge lizards on the brain. What does this have to do with technology? Well, researchers in Kenya are using 3D scanning and printing to preserve fossils, so the real ones can be safely removed from hazardous weather conditions in the Turkana Basin.

According to CNet, 3D scanners and printers have been used in many different industries for several purposes. They can be used for construction, making prosthetic limbs, and even recreating crime scenes for forensic specialists. However, one of the more innovative features is using 3D printing technology to create 3D models of fossils. These replicas can be subject to study while the real deals are kept safe and preserved in a museum, where they belong. The scanners in question were created by Artec, the company responsible for the Shapify 3D-printed selfies.

As you might expect, the climate of Kenya, where the fossils were located, isn’t exactly hospitable to relics that are millions of years old. The Turkana Basin is particularly well known for its harsh climate. With sunlight that’s powerful enough to give most electronics a run for their money, the laptops that would normally receive the 3D scans from these handheld scanners were rendered useless. To make matters worse, there wasn’t a nearby power source, limiting the amount of time the researchers could spend with the fossils in any given sitting. With the help of two 3D specialists, the team was able to make the batteries last for a whole two days.

Over the course of two weeks, the excavation team was able to uncover and replicate a crocodile skull, a full crocodile skeleton, a huge tortoise, and an extinct species of elephant. As you might expect, the harsh conditions heavily damaged the fossils, so it was up to the team to get them to safety as quickly as possible. By replicating the fossils with 3D technology, the scientists were able to study the fossils more in-depth without risking their integrity due to the undesirable environmental conditions.

Just like anyone who wants to change the face of the industry, these brave scientists decided to do something differently in order to find a better way to accomplish their goals. People like these innovators are always working toward optimizing the way in which professionals perform their daily functions. This is why NuTech Services provides quality managed IT services. We want to help businesses like yourself better accomplish your goals through the wondrous power of technology.

If your business is ready to let go of your fossil-like technology, give us a call at 810.230.9455. We can help you dust off your business practices so you can get back in the game.