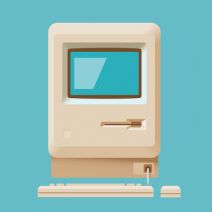 Any user of technology knows the frustration of periodically replacing it with better and more recent technology. In fact, the latest gadgets seem to be outdated just months after they’re released. Many people believe that this unprecedented growth in the technology industry could lead to a decrease in PC sales, but it also means that devices are growing more reliable.

According to a study from Intel, there are over a billion PCs in the world that are three years old or older, with around half of those being up to four or five years old. Those who enjoy the latest and greatest technology understand this dilemma. In just a year or two, these PCs could be rendered obsolete by breakthroughs in computing technology. However, thanks to the increased longevity of technology, this is no longer a problem. Many PCs from the last five years are capable of handling a lot more than those from ten years ago, but most importantly, recent PCs are displaying significantly more reliability, which leads users to forsake purchasing new technology in favor of keeping their older devices. You know what they say, “If it ain’t broke, don’t fix it.”

Another problem facing the commercial PC industry is that technological growth has slowed significantly in recent years. Though there’s still progress being made, it’s not coming as rapidly as it was in previous years. However, as previously mentioned, the need for new technology is dwindling, as technology grows more reliable and doesn’t need to be replaced as often. As reported by ZDNet:

Sure, on paper it’s going to be advertised as being faster, and benchmark tests will support this, but in the real world – assuming that the old one isn’t all kludged up and ailing – you’re just not going to see much difference. Sure, there might be a slightly faster boot up time, or it might be a little snappier, but most of the gains that new PC owners see are nothing more than confirmation bias. Sure, if you go to the performance end of the scale then things are different, but you average home or office PC spends most of their time running a web browser or a word processor application. A three-year-old PC can do that without breaking a sweat.

Basically, users will generally replace their PC with a new one that can perform, more or less, the exact same function, only better. When people have to do this, they think that it’s not worth the investment, since they get the same function without the up-front expenses. This makes sense from an owner’s point of view, since there’s no reason to replace a perfectly fine piece of technology. Doing so can easily break a budget if it’s not planned out properly beforehand. Furthermore, legacy applications are an issue, especially if you haven’t upgraded your technology since you first opened your doors for business. Upgrading without the necessary precautions could prevent your staff from accessing critical hardware and software systems required for operations.

Often times, issues with a slow computer or sluggish performance don’t necessarily facilitate the purchasing of new technology. The root of the problem could be just a single component of your workstation, like a failing hard drive or a bad stick of RAM. Addressing these issues is often much more budget-friendly than completely replacing an entire workstation, so make sure to check for these possibilities before going all-in. If there’s nothing wrong with your hardware, the problem could even extend to a software issue, like a need for routine maintenance or driver updates. It’s best to have a trained technician on-hand who can diagnose these problems for you.

Even if your organization’s current technology is fine, we’ll always advocate for organizations like yours to take full advantage of the latest technology solutions. Doing so can provide a competitive advantage for your business. In today’s business world, you need all of the help you can get, and NuTech Services is more than willing to help you surpass other Michigan businesses.

If anything, the fact that PCs aren’t getting replaced as often means that your workstations will need more attention in order to continue functioning properly. Outsourcing this responsibility to NuTech Services is your best shot at doing so. To get started, all you have to do is call us at 810.230.9455.