Your Business Could Benefit from Blockchain 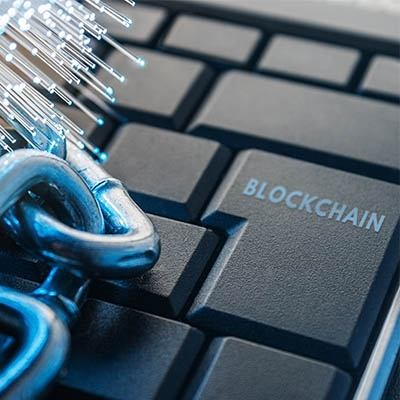 Blockchain is typically associated with Bitcoin. This shouldn’t come as a shocker because primarily that IS what it’s used for. However, blockchain isn’t a program, it’s not a product — it’s a technology. Blockchain technology has endless possibilities when it comes to real world implementation. In the near future it will likely be utilized in many business transactions due to its versatility.

Blockchain technology has virtually changed the internet. The action of creating and distributing digital information, but not allowing the information to be copied or altered, has created a backbone to this new type of network.

When looking at the word blockchain, it’s clear to see that it is derived from two words: block and chain.

Simply put, a block records recent transactions that have not been started in any prior blocks. This avoids duplicates or falsely initiated transactions. This block has the unique characteristic that it cannot be deleted, and it cannot be altered.

A chain is a sequence of items of the same type, forming a line. Blockchain technology has created an indestructible chain of blocks. Without being “chained” together, it would just be unorganized, unreadable, scattered information. Because of the methodical, organized and unalterable record keeping – it’s ideal for numerous applications.

Where Blockchain is Headed

Blockchains are where digital relationships are being not only formed but secured. Here are just some of the implementations where this technology has been, or could be used for in the future:

Retail loyalty reward programs – We’ve all been asked if we have a rewards card. Blockchain could soon revolutionize rewards programs by replacing standard points with tokens. All transactions at a certain store or company would result in earning tokens, which would be stored in a blockchain. The characteristics of blockchain would stop individuals from fraudulently earning reward points, which is common amongst paper and card-based loyalty programs.

Digital Voting – Have you ever heard rumors or accusations that someone fraudulently won a vote? With the implementation of blockchain, this would be an issue of the past. Blockchain cannot be altered or destroyed. This means if there was some sort of fraudulent activity, it could easily be detected. This brings us to our next use of blockchain.

Audit Trailing – Blockchain can be implemented anywhere an audit trail is required.

There are endless possibilities where this technology can be implemented. Medical recordkeeping, tax regulation and compliance, immutable data backup, even real estate or auto title transfers. Blockchain truly is revolutionizing operations across the globe.

At NuTech Services, we are eager to see where this technology will take us in the near future. How do you think blockchain technology will be used? Leave a comment below.