Will These End Of Life Events Affect Your Company’s IT? 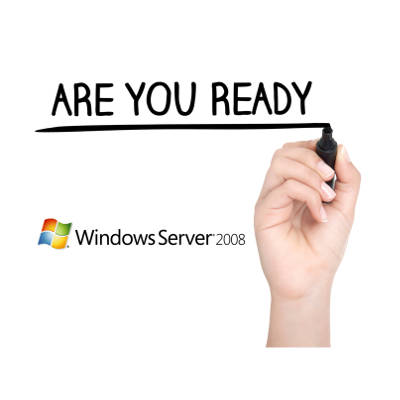 One of the best ways your organization’s network can remain secure is to always use the most recent version of any critical software solutions on your network. Unfortunately, making the jump to a more recent operating system is easier said than done, particularly for small businesses that have limited budgets. The problem of security becomes even more pressing for businesses that need to upgrade multiple servers and workstations, as failing to do so could prove to be fatal for your organization.

Windows software products eventually reach an End of Life event, which is when they stop receiving patches and security updates that keep the software functioning smoothly. These updates generally fix vulnerabilities which could be exploited against your business, as well as operational problems which can keep your organization from running at 100 percent. Using software that’s out of date could result in your organization being put into a dangerous situation. In fact, if you are using out-of-date software, you are putting your network, and all the data on it, at risk.

Just a few months ago, Windows Vista reached its End of Life event. Microsoft no longer supports either Vista or Windows XP, though the two couldn’t be further from each other in terms of popularity and usage. The lack of support for XP just goes to show that even the most popular operating systems eventually have to come to an end of support. The next Windows OS to reach an End of Life event is Windows 7, on January 14th, 2020. Another common server OS that is also reaching its end of life on the same day is Windows Server 2008 R2 Enterprise.

The time is now to evaluate your systems and know which operating systems your organization relies on. Businesses will have to take a considerable jump to the next stage, upgrading their workstations and servers so as not to fall off the support bandwagon. Not all businesses have the time and resources to ensure this happens, though, so it’s best to keep this issue at the top of your mind, as Windows 7 and Windows Server 2008 RN will be rendered obsolete in the near future.

We recommend that you don’t wait until the last minute to implement a solution to your end of life event situation. The reason for this is that the upgrading process could come with hidden troubles that only make themselves known when the process has started. If your legacy applications stop working properly, any processes that rely on them in order to stay functional will cease. This downtime can have considerable effects on your business, so it’s best to keep your implementation as seamless as possible.

You need to think about upgrading your soon-obsolete technology before its end of life event hits. This goes for both Windows 7 and Windows Server 2008 RN. We are purposely informing you of these dates now, so that you have plenty of time to think about how you want to approach this elephant in the room. To learn more about how to upgrade away from your business’s obsolete technology, reach out to us at 810.230.9455.