Why FitBit’s Purchase of Pebble Matters to Businesses 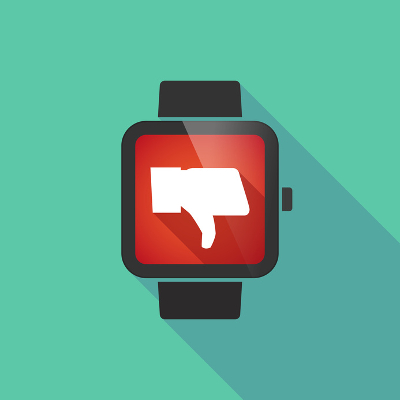 Smartwatch enthusiasts now have one less brand from which to select, as rival Fitbit has successfully taken over the former Kickstarter project Pebble’s business. For companies that rely on software for their mission-critical tasks, lessons learned from the end of Pebble reminds business owners that, when it comes to innovative technology purchases, there is always a bit of risk.

First, some background: Pebble made the announcement on its Kickstarter page that “due to various factors,” the company “could no longer operate as an independent entity” and had “made the tough decision to shut down the company” after Fitbit completed the purchase of some of Pebble’s assets. The company went on to disclose that they would no longer be continuing any hardware operations, ceasing the production of their wearable products.

As for the devices that had already been sold, Pebble advised their customers that their devices “will work normally for now.” However, since what remains of the company will no longer release software updates, the devices will quickly become vulnerable to malicious threats until they gradually become totally obsolete. These devices are also no longer eligible to be returned or exchanged, leaving their users stuck with a device with a considerably-shortened shelf life, and with no financial recompense.

In short, it’s clear that out of all parties affected by this buyout, it’s the users who are left with the short end of the stick; stuck with insecure electronic devices that they may have contributed a significant financial investment towards, and without warranty.

While this transaction will likely have little effect on a business, it’s worth considering the ramifications of tech companies engaging in similar deals.

For example, let’s say your workplace is exclusively equipped with desktop solutions from Company A. One day, it’s suddenly announced that Company B has come in and bought Company A, and is ending support for Company A’s products. As a result, your office is now filled with unsupported devices that will become obsolete much quicker than anticipated, with an increased susceptibility to security threats after support has ended. Sure, you could update your workstations, but it would be costly to receive customized support.

If you want to be protected against the whims of the tech industry, give NuTech Services a call at 810.230.9455. We can keep your systems maintained with a managed services solution, and an eye on the industry to help you roll a bit better with the punches.