What Star Wars can Teach About Mentorship 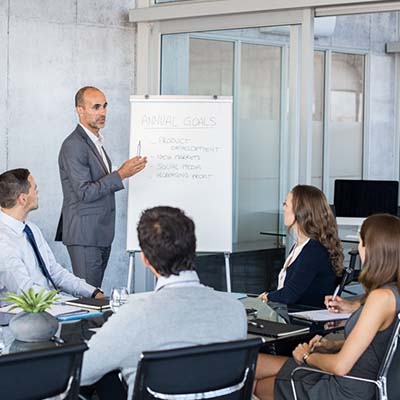 The Star Wars saga has many recurring themes – the struggle between desire and destiny, good and evil, impulse and discipline. However, a theme that particularly stands out throughout the series is the examination of the relationship between student and teacher. This theme is similar to the relationship that an IT provider should strive to have with their clients.

For today’s Star Wars Day blog, we’ll review some of the lessons that a professional can learn from the Star Wars films, as well as what the insights that the relationships shared by the characters can reveal about being a mentor, as well as the mentored. To do so, we’ll examine some moments and characters from the complete series thus far – Episodes I through VIII – and the stand-alone Rogue One.

WARNING: this article may spoil a few key moments from the series, so continue at your own caution.

How to Be a Mentor, According to Star Wars
There is no shortage of those who could be considered mentors throughout the series. From Qui-Gon Jinn and Obi-Wan/Old Ben Kenobi, Luke Skywalker and Leia Organa, and finally, Yoda, many characters accept the mantle of mentor… albeit begrudgingly, at times.

In order to be a mentor, there are two requirements that each of these characters present during the series. Likewise, many characters also exhibit just one or the other characteristic. Yet, as they do not exemplify both qualities, they don’t quite qualify as a true mentor. We will explore these characters in more detail later.

These two requirements are to be a committed educator, as well as an equally committed leader. Each of the mentors listed above have had the opportunity to be both, and rose to the occasion. Qui-Gon took the initiative to take a young slave into his care, campaigning to the Jedi Council for the ability to teach him. When Qui-Gon was dispatched by Darth Maul, Obi-Wan rose to the occasion and took up Anakin Skywalker as his padawan learner.

Years after Anakin succumbed to his fear and hubris to be reborn as Darth Vader, Obi-Wan continued to be a mentor under the name Ben Kenobi, teaching the Skywalker of the next generation how to embody the principles of the Jedi. Once this Skywalker, Luke, had learned to be a leader, he teamed up with his long lost sister, Princess Leia Organa, to defeat the Empire. While Leia continued to lead an underground organization committed to fighting the Empire’s last remnants, Luke retreated to a sanctuary to ensure he was able to train the next worthy Jedi.

Finally, we would be amiss if we neglected to mention Yoda’s involvement as a leader throughout the saga. From the very beginning of the story, Yoda was a respected leader of the Jedi Order, proving his worth on the battlefield and in the Senate. When the Empire rose, he retreated to his home planet in wait of the next generation of Jedi to train. He then passed on, but returned as a Force ghost to impart his wisdom again, later in the series’ timeline.

Lining Up Star Wars Mentorship with Our Own (and with The Odyssey)
As one might imagine, the concept of mentorship has been around for much longer than Star Wars has been. In fact, we get the word “mentor” from a character in Homer’s epic poem, The Odyssey. Mentor was entrusted by the protagonist, Odysseus, to care for his son in his absence, and later assisted the young prince Telemachus in reuniting with his long-lost father by serving as his guide and, well, mentor.

In this way, Mentor serves a very similar purpose as many of the characters from Star Wars. By teaching another character and acting as a leader, he allows the protagonists to succeed in their quest – or, in the terminology more likely to be used in Star Wars, their mission. Furthermore, like the mentors to be found in Star Wars, Mentor shares a few characteristics with the mentors we see in the business world.

What Makes a Mentor, a Mentor
We’ve already established that a mentor should be a sort of amalgamation of a teacher, and a leader. This is admittedly a tricky balance to find, until you describe what kind of leader and teacher makes a mentor.

First, as a leader, you have to be able to be supportive as you take charge. As you work with a mentee, commit the time that the mentee needs to grow and devote your full attention to them. Just as Ben Kenobi understood Luke’s rage and bitterness after his aunt and uncle were slaughtered by the Empire’s stormtroopers, you need to be able to emphasize with your acolyte and guide them towards the higher purpose you can see them achieving.

As a teacher, it is important to also challenge those who you mentor. Not only should you assign tasks for your student to complete, these tasks should test the limits of their ability and set a standard that you expect them to meet. As Yoda challenged Luke to lift his X-wing fighter out of the swamps of Dagobah, he wasn’t coddling his student. Neither should you.

It is also important that, as their teacher, you review the lessons that have been imparted. These discussions will not only help ensure the information is retained, it will also encourage your mentee to draw their own conclusions. Remember, teachable moments happen all the time – it’s up to you to embrace them.

Finding Poor Examples in Rogue One
Alternatively, Rogue One offers a few examples of how to very much not be a positive leader. At the very beginning of the film, protagonist Jyn Urso’s father, Galen, is pressured into returning into the Empire’s service and designing the ultimate superweapon: the planet-destroying Death Star. In addition to being forced to work on a project he detests, he is stuck in a thoroughly unpleasant work environment. Oh, and did we mention that his wife was murdered and his daughter lost to him during the attack?

It should be no wonder, then, that instead of being loyal to his ‘employers,’ Galen instead decides to sabotage their operation from the inside. Hiding a critical weakness in the Death Star and sending word of it to the Rebel Alliance, Galen embodies the corporate espionage that a disgruntled employee could leverage against your business. A good leader sees the value in keeping an employee happy in two ways – first, it helps to keep that employee engaged and productive, and secondly, it reduces, if not eliminates, any ill will toward the organization.

In another example of the Empire’s failings in Rogue One, the antagonists of the film also leverage shady office politics to get a leg up on their superiors. For instance, Director Krennic elects to go over his commander’s head and out of the traditional chain of command, reporting directly to Darth Vader. As a commanding officer himself, Krennic serves as an example of what happens when office politics supersede the typical chain of command – and winds up being Force-choked into oblivion for his troubles. While it is highly unlikely that deviating from the chain of command will get you strangled like Krennic, it certainly doesn’t reflect well on you and shows a distinct lack of leadership and respect for the chain of command.

All this only goes to show that lessons in leadership can be found anywhere you look – even in a galaxy far, far away. Do you have any Jedi masters or mentors in your life? What have you learned from them? Share your thoughts in the comments, and may the Fourth be with you!