What is Nanotechnology, and How Can it Be Used? 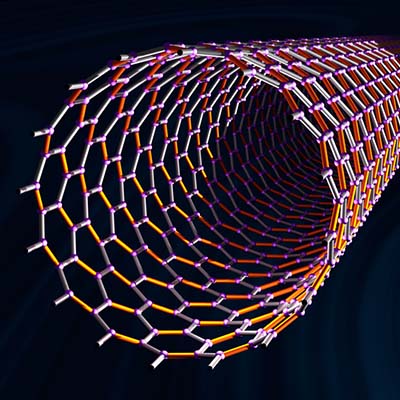 Technology is seemingly being made smaller and smaller. Just think about the size of the computers from the mid ‘90s until now. Sure, you can still buy huge a gaming PC with a four-foot tower with liquid cooling, or one that is a fish tank (complete with fake fish); but, the computer you use the most fits in the palm of your hand.

Nanotechnology is the smallest “technology” yet. At its core, it’s a manipulation of the smallest elements of matter, measured in nanometers. Consider that your fingernails grow at about a rate of a nanometer per second, or that a single molecule of water is about a quarter of a nanometer across, and it will give you an idea just how small a nanometer is. It is quite literally one-billionth of a meter.

That’s really the start. Nanotechnology deals with anything in that arena that measures between 1 and 100 nanometers, and largely consists of the engineering of structures that function inside or alongside nature’s nanomachine, cells.

How Is This Technology?
It really is a true combination of science, engineering, and technology. To answer the question, engineers are currently at work attempting to create smaller, more powerful microprocessors that could be used to adjust the practical uses of every material of the physical world. You could make structures stronger, cure disease, and alter matter at the subatomic level. If that’s not technology, I don’t know what is.

When semiconductor manufacturers create the latest and greatest processors or microprocessors for use in a myriad of devices, they measure their nodes in nanometers. Today, these manufacturers are working on the five nanometer chip–a feat thought impossible by many – until IBM announced they had developed one. If DNA is only two nanometers across, we may only be a short time until machines will fit everywhere.

Why Don’t People Know About It?
Nanotechnology is in its relative infancy. In 2017, Dr. George Tulevski of IBM spoke to the challenges the field faces going forward. His perspective was that nanotechnology development and research actually has slowed since the 1980s. In the same TED Talk, he opined that the use of carbon nanotubes could potentially improve computing tenfold, but the development of this technology is just in its early stages.

Is This Technology a Good Thing?
With people today only having a limited understanding of the technology, there aren’t a lot of trustworthy opinions on the issue. Intellectia even seem hedged about the applications of nanotechnology. On one hand, theoretically it could do more than any other technology to help the human race. On the other, any technology made from wonder, and with benevolent intentions, can also be manufactured for malevolent use. Like with other contemporary technologies such as artificial intelligence, researchers will have to move slowly and not let potential profits influence their release of products involving nanotechnology.

Do you consider nanotechnology to be interesting? Would you like to see how far this rabbit hole goes, or should we as a people leave well enough alone? Leave your thoughts in our comments section below, and return to read more great technology blogs from NuTech Services.