Virtual Reality has a Limitless Future 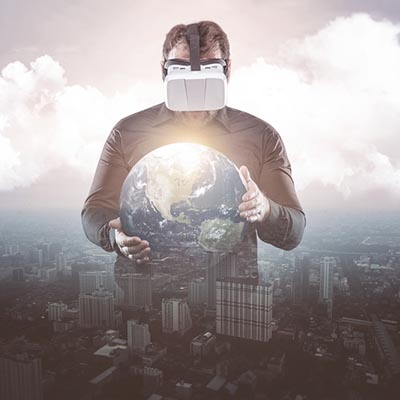 Virtual reality, or VR, is a technology that not many people understand how to make the most of. Most people’s experiences with VR is something that is achieved through a third-party application, be it a smartphone or a full-fledged headset. Most of those who experience VR do so without a first-person perspective, with only 16 percent of about 3,000 people polled by Statistica ever actually trying out a “real” VR headset. We’ll give you an idea of what modern VR technology looks like, as well as what the future holds for this technology.

After nearly 30 years of development, VR has been adopted by a miniscule number of companies. It has, for the most part, made the biggest difference in the entertainment industry, where Samsung and Google have a lot of influence. Sony has also established itself as a major player in the VR gaming industry with its Playstation 4. In terms of business, however, these options aren’t necessarily feasible of beneficial.

Two of the most competitive options in the commercial virtual reality space are the HTC Vive (and Vive Pro) and the Oculus Rift. Oculus is owned by Facebook and has led in VR sales, while the HTC Vive and Vive Pro provides a platform for high-end computing systems that are capable of using VR. These two systems work together to provide high-end VR experiences, even if it’s mostly for gaming.

These VR options give users the ability to bring themselves into a virtual world, thus providing developers with great opportunities to build out software to capitalize on it. The applications built in VR give users the opportunity to explore the earth and space in a way that can immerse them in a simulated reality.

The Immediate Future of VR

The future of VR is leaning more in the direction of reality; unlike great journeys or expeditions to places like the moon or the bottom of the sea, VR will be used to create educational resources and training software.

Some manufacturers have already begun to anticipate this shift, using services like Microsoft’s Mixed Reality (MR) devices with hopes of business integration in 2020 a possibility. While not true virtual reality, this platform integrates virtual elements into reality, providing business professionals with great new options to achieve their goals. It’s safe to say that businesses will find some use for these virtual sandboxes to either improve performance or work out daring new ways to accomplish tasks.

What are your thoughts on VR? Let us know in the comments and be sure to subscribe to our blog.