Tip of the Week: How to Easily Add a Second Phone Number to Your Mobile Device 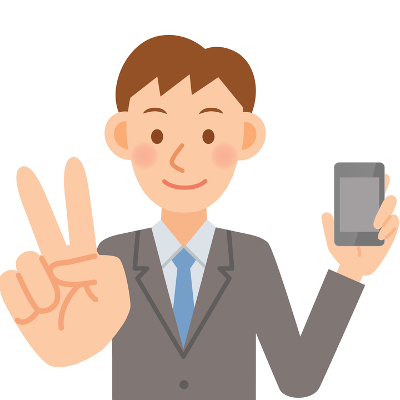 As the smartphone takes over many of our daily tasks, it can be annoying if we have to use a separate device to accomplish what we need to, like making calls on a different phone. Did you know that it’s easy to add a second phone number to your smartphone?

There are plenty of reasons why you would want to do this. Maybe you would like a second phone number that you can use to sign up for promotions so that your primary number doesn’t end up on a telemarketing list. Or, perhaps you want to take calls for your business on your personal smartphone. Whatever your reason, the technology that allows you to do this is very accessible.

Call Transfer
A solution that has been around for quite some time (even before smartphones) and comes with most phone plans is Call Transfer. If your current phone system supports it, you can forward calls from it to your personal cell phone, allowing you to take business calls while on the go.

Using Call Transfer is an easy way to receive calls on your smartphone from another line, but this feature traditionally doesn’t allow you to make calls from your second device using the transferred phone number. Although, there are phone solutions specifically designed for business, like Voice over Internet Protocol, that will give you the option to both make and receive calls using the transferred phone number with minimal hoops to jump through.

Second Phone Number Apps
If your goal is to get a second phone number for your smartphone that operates entirely as a fully functioning phone line, then there are several apps that allow you to do this. Here are a few of the most popular options.

Google Voice/Hangouts
Using your Google account, you can sign up for a second Google Voice phone number and then use Google Hangouts on your smartphone to both make and receive phone calls. This is a convenient option for those already getting a lot of use out of their Google account, and the best part is that it’s free.

Sideline
Sideline provides your phone with a second phone number, although it just provides the basics. With Sideline, you have the ability to make and receive calls and have voicemail with your second phone number, but that’s about it. At $3 per month, Sideline is an inexpensive option, but you’ll have to suffer through advertisements while using it.

Line 2
Line 2 has more features than the previous examples, making it a better option if you want to use your second phone number for business purposes. These features are reflected in Line 2’s two plans; $10 per month for a personal number and $15 per month for a business line. For many smartphone users, the mobile app and the online dashboard may make Line 2 a desirable product.

For putting a second phone number on your smartphone, you’ve got plenty of options. However, to implement a unified, Internet-based phone solution across your entire organization, you’ll want to go with something more heavy duty like VoIP. For help with VoIP or any other of your communications technology needs, call us today at 810.230.9455.