Tip of the Week: 5 Tips From the 90s That You’ve Completely Forgot 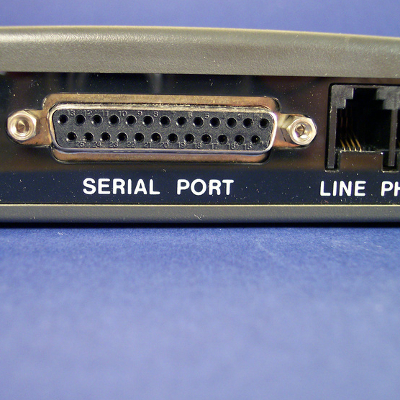 The 1990s were dominated by all sorts of great technology: VHS, floppy disks, and grossly oversized computer hardware. Learning new technology shortcuts was once all the rage, but when looked at now, these tech tips are rendered obsolete. However, that doesn’t stop them from hitting us right in the nostalgia. Here are some of our favorite tech tips from the 1990s.

Keep the Phone Line Open
Do you remember the good old days of only having one phone line per household? Only one person could use the phone at a given time. This meant that people had to use their imagination to keep the phone available for an important call. For example, one way to do this was to call an automated phone service, like a local movie theater for showtimes, which would repeat itself over and over again. The idea was to wait until the phone would notify you that your call was coming in. If someone were to pick up another phone, they wouldn’t hear the dial tone, keeping your plot a secret.

Use Collect Calls for Quick Messages
In the ‘90s, collect phone calls were popularized with dozens of collect call services, like 1-800-COLLECT. These calls worked by providing a brief moment to relay your name so that the person you were calling could accept the charges. Rather than actually pay for these calls, people would simply record short messages during this brief window and hang up before the charges could be accepted. Think of it like a primitive version of text-messaging. While it may not have been the most ethical practice, it sure was convenient.

Blow On Video Game Cartridges to Make Them Work
Classic gaming consoles that used cartridges, like the Nintendo Entertainment System or the Super Nintendo, were always subject to occasional hiccups. Somehow, blowing on the game’s innards seemed like a good idea to resolve the issue. Oddly enough, most of the time it worked, even though science has proven that doing so can actually corrode the cartridge’s connectors. It’s more likely that the success wasn’t a result of blowing on the cartridge, and instead it was simply from plugging in the game a second time.

Store a Disposable Camera in Your Car’s Glove Compartment
Having a camera phone today is considered commonplace rather than a luxury. The people of the ‘90s weren’t nearly as privileged, and instead had to rely on disposable cameras in their times of need. By keeping one in your car’s glove compartment, you always had a way to record events, particularly in case of a car accident. Well… after you wait several hours for the photos to develop at the drugstore, that is.

Keep Extra AA Batteries for Your Portable CD Player
Pretty much any modern portable music device runs with a rechargeable battery. Before this innovation, however, portable CD players were all the rage, and they required that you lug around your CD collection, just to have some variety in your playlist. If you wanted to go all-in with your music-listening, you had to bring extra batteries with you, just in case your CD player ran out of battery life. How’s that for inconvenience?

While these tips might not seem so special now, for many, they are remembered fondly, and are a cause to celebrate just how far technology has come in recent times. What are some of your favorite technology tips for long-obsolete devices? Let us know in the comments.