Tip of the Week: 4 Guidelines When Buying Used Computer Equipment 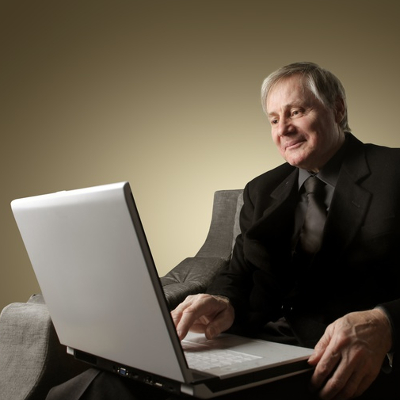 One way that your business can save money is by purchasing used computer equipment, but only if you do your research and perform a meticulous analysis of where it’s been, and why it’s no longer being used. If you’re serious about purchasing pre-owned computing equipment, consider these four tips.

The Hard Drive’s Age
One of the most critical components of a computer is the hard drive. It can be difficult to judge the condition of a hard drive by observation, so keep this general rule in mind; the average lifespan of a hard drive is about five years, so you don’t want to purchase one that’s four or more years old. Or, rather, you should prioritize finding those that have more life left in them, as an older hard drive is typically at a higher risk of crashing.

However, an older hard drive doesn’t necessarily have to be technically useless. This five-year rule only applies to hard drives that see continuous use. If you find one that’s been used sparingly during its lifetime, it will probably have more life left in it than you might initially think. In general, the five-year rule isn’t something that you need to hold to. Just like any technology solution, there will be hard drives that can outlast others; some are known to exceed even 10 years without experiencing issues. Solid state drives are capable of bypassing this rule altogether, as they’re built to last for much longer than the hard disk drive.

In the end, you want to make your decision based off of what you need your hard drive to do. If it’s something that absolutely cannot fail, you may be better off just purchasing a new one outright. Or, you could use a reliable data backup and disaster recovery solution, like a BDR, and hope for the best.

Also, be sure to give the computer a test before you actually purchase it (if possible). If it’s making strange noises, it’s not a safe investment for your business.

Clean Up Your Used Technology
As you’re well-aware, computers are known to collect all kinds of grime, germs, and dust. This is important to keep in mind when you purchase a new PC, seeing as it might not be the cleanest machine in the world. It’s your responsibility to clean it up and make sure that it, or any of its components, are ready for use. Of course, depending on how long this process takes, you may just come to the conclusion that it’s too much of a hassle.

Additionally, there are some other components of workstations that are way too germy to be passing around the office. One example is the keyboard, a device so filthy and foul that it collects more germs than toilet seats. Just let that sink in before you pass on a used keyboard to another user. You might come to the conclusion that it’s better to just buy a new one.

The Parts Might Be Damaged
Whether you want to believe it or not, there’s a reason why someone is selling their used technology. Either it doesn’t work, or they found something that works better. Basically, it comes down to functionality. There’s no point in shopping around and investing in used technology if you wind up getting something that doesn’t work as intended. You would have been better off just purchasing a new part altogether, but you may not realize this until it’s too late.

This is what’s known in the technology industry as risk management. Some sources, like reputable online dealers, will be more reliable to purchase used technology from. Others, however, may not be so trustworthy. We’re looking at you, Craigslist.

Consult the Professionals
Here’s one last tip for procuring quality computer equipment: contact the IT professionals at NuTech Services. We’ll provide a clear risk assessment, identify quality sources of used IT equipment, and suggest new and affordable solutions that you may not even have known existed. It never hurts to ask for a second opinion.