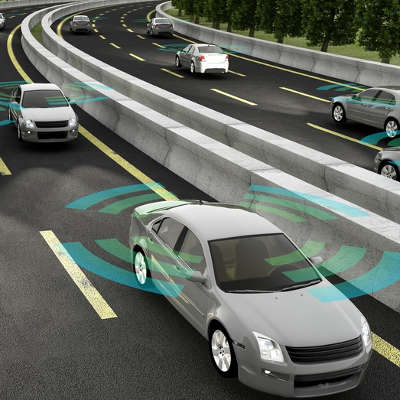 By now you’ve heard of self-driving cars insofar that you understand that there are engineers from all over the United States and abroad working with AI to develop systems that can create safer traffic conditions and cut down on emissions with efficiency. But what you may not know is that there are many drivers concerned at the development and deployment of these autonomous systems.

The Office for the Study of Automotive Transportation at the University of Michigan conducted a study that found that over one-third of all drivers are “very concerned” about riding in a self-driving car, while two-thirds of respondents are “very or moderately concerned”. It doesn’t seem as if the public is necessarily ready for this technology to be deployed; even though there are places where it has been shown to reduce traffic incidents substantially.

A car is many consumers’ “biggest” purchase, and with the car a person drives inexorably tied to their social status, people are not in a big rush to give up purchasing and driving cars without paying much mind for a car’s practical and safety information. With an autonomous vehicle, the driver’s role is now taken over by a computer, a completely terrifying prospect for some folks.

The reality is, however, that these cars are far and beyond more reliable than any human-driven car could possibly be. That’s because the human mind isn’t capable of the accuracy of these computing systems. Today what you see in lieu of full-on automated driving, are car manufacturers using some of the technologies developed for that purpose to improve the manual usage of the automobile. Marketed as advanced driver assistance systems (or ADAS), many newer cars offer some or all of the following options:

How many of these systems have you recognized on your family car?

These options have been slowly implemented as driver-assistance options. By using them incrementally rather than as part of a completely automated system it allows today’s drivers to avoid accidents while still getting the function out of their purchase.

One way that the automotive industry is currently taking advantage of ADAS technology is to have it assist drivers when needed. This is a much different approach than using it to fully automate the entire driving experience, and one that produces some confusion by drivers who are used to doing things a certain way behind the wheel.

Toyota’s “Guardian Angel” program is one example of a major car manufacturer working ADAS technology into a car to improve safety without negatively altering the driving experience. This program has the AI learn the driver’s habits as to give feedback while the car is being driven. Some ADAS options do take over the control of the car in times where motorists typically struggle with the goal to leverage the technology that’s available to improve safety and limit the amount of vehicular-related deaths (currently about 30,000 per year in the U.S.).

One caveat to successfully creating software that aids in the driving experience is that developers have to have an understanding of practical situations to interrupt a driver’s control of the vehicle. The CEO of Toyota Research Institute, Gil Pratt, went on to talk about this very subject to CIO magazine. “Your car may someday warn you several times about a particularly dangerous driving habit you have before taking control of the wheel. Autonomous driving capabilities are measured on a government scale of zero to four, with zero being no automation, and four being fully automated. The focus of most of the discussion among car makers today is how far up the scale they should go and how quickly. There’s a lot of discussion in the industry whether we go incrementally up the scale or whether we jump.”

It is important, especially with the public’s overwhelmingly negative perception of automobile automation, that these features are accurately assessing live situations. Up to 20 of the most visible car manufacturers have accepted this step-by-step approach to automobile automation as published by CIO, “The U.S. Department of Transportation’s National Highway Traffic Safety Administration (NHTSA) and the Insurance Institute for Highway Safety (IIHS) announced earlier this year that 20 automakers have pledged to make automatic emergency braking (AEB) standard on their cars by 2022.”

What are your thoughts? Are you willing to ride in a self-driving car? Can you trust your safety and that of your family to assisted-driving technology? Share your thoughts in the comments section below, and be sure to subscribe to our blog.