Test Your Knowledge of These 3 Common Security Threats 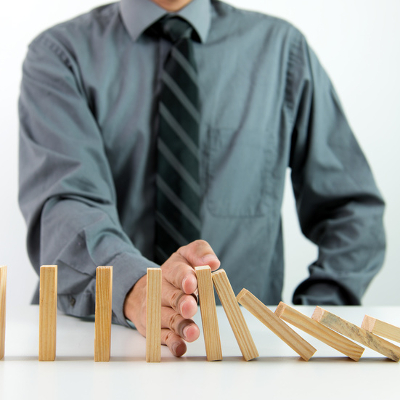 Security is a critical part of running your business, especially in a world where organizations require technology for most any task. In fact, some of the most dangerous threats are known to hide within a company’s network, waiting for any opportunity to strike. With the right preventative measures, you can keep your network safe from catching threats before they hit your network in the first place.

Defining Malware
Malware is short for “malicious software,” which is an overarching phrase referring to malicious code designed to cause problems. Malware often injects code into applications to execute viruses or trojans. One of the most common types of malware is a variant called ransomware, which you’ve probably heard of thanks to a number of high-profile infections. When a machine is infected with ransomware, it encrypts the files on the device until the ransom is paid to the hacker. Aside from this rather dangerous strain, other types of malware can have far-reaching and varied effects.

Defining Rootkits
Like malware, a rootkit is at home on a system. Unlike some types of malware, however, a rootkit is designed to allow a hacker to gain control of a system while remaining undetected for extended periods of time. Rootkits are dangerous thanks to their ability to avoid detection by software that’s supposed to find them, like firewalls and antivirus solutions.

Defining Trojans
Trojans are malicious entities that allow hackers to access a system by misleading the user. Trojans are backdoors that can allow hackers access to a system at a later date, and they are often installed alongside other malware to distract the user from taking preventive action. The trojan can be used for a number of purposes, from data destruction to surveillance or espionage.

The Solution: Preventative Security Measures
Since so many threats are blocked by preventative security measures, it would be foolish not to implement them. There are several ways you can keep threats out of your system, including:

A Unified Threat Management (UTM) solution is a great way to take advantage of all of the above solutions. It’s widely considered to be the most comprehensive and useful preventative measure available to SMBs. If you want to learn more about UTMs, be sure to give NuTech Services a call at 810.230.9455.