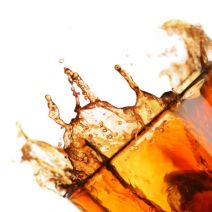 One of the most memorable Super Bowl XLIX commercials yet again came from Coca-Cola. In classic Coca-Cola fashion (pun intended), they premiered an inspirational video with the message, “Let’s all make the World Wide Web a better place, #MakeItHappy.” We can’t contest to Coke’s feel-good message, but as an IT Company, we must object to one horrifying aspect of this commercial.

To find out what’s got us so hot over here at NuTech Services, watch the commercial for yourself:

There. Right there at 0:16. Did you see it? We’re given an inside look at an absolutely gorgeous data center that seems to house most of the Internet, and who’s in charge of upkeeping this infrastructure? Apparently, it’s some wanna-be technician who thinks it’s okay to bring an open container in a data center container.

In the real world, no self-respecting data center would ever allow this. And not to be too picky, but we feel the need to point out that the volume in a data center of this size would be so loud that the tech wouldn’t be able to hear every beep and boink like he’s on the deck of the Starship Enterprise. In reality, the technician would need ear protection to dampen the noise coming from the thousands of server fans. But we digress.

Adding insult to injury is Coke’s absurd idea that spilling its soft drink inside a server will somehow cause “the happiness found in every bottle” to digitize and transform the Internet into a place of rainbows and participation ribbons. Granted, we’re just as sick of all the negativity on the web as the next user, and this snarky article probably isn’t doing much to #MakeItHappy; however, in all of our years of computer repair and seeing lots of computers fall victim to various spills, it’s our experience that not once has a spilled-drink scenario caused happiness.

In fact, we’ve seen the complete opposite to be the case as users of soaked computers become distraught and frustrated, expressing monitor-smashing and hate-filled-texting-like symptoms, similar to the behavior displayed at the intro of Coke’s commercial. Don’t take our word for it, see for yourself the look on the face of YouTuber Gail as she pleads with the Internet for help after destroying her laptop from having Coca-Cola “spilled all in it.”

It’s safe to say that Gail, aka “Southernstateofmind1,” isn’t happy from her Coca-Cola mishap. In fact, she’s “on the verge of tears,” and dem’ ain’t happy tears either.

After digging a little deeper on YouTube we come to TechRax’s channel and his pointless experiment of dousing a new iPhone 5 with Coca-Cola–shield your eyes, Apple enthusiasts.

Somehow, the iPhone survives its Coke bath. It could be due to the superb engineering on behalf of Apple, but we think it has more to do with the power of Bob Marley’s good vibes. We’re betting that your company’s server units couldn’t survive a Coke spill as well as this iPhone, as pointed out by these four YouTube users commenting on the Coca-Cola commercial.

We wholeheartedly agree with Data Cave on this one, and any techie that brings a drink into a server room should be #Fired.

Woops. I Really Did Spill Coke on My Computer. What Do I Do Next?
The accidental spilling of drinks on computers is a common occurrence. Hundreds of PCs are needlessly damaged every day due to user negligence and a case of the clumsies. Sometimes a user gets lucky and can salvage their equipment, like with the iPhone user. Unfortunately, Gail’s scenario is more often the case with electronic circuitry being fried and the soaked equipment needing serious repair.

First thing’s first; if you spill liquid on your computer, power off your machine. One thing Coke got right is that a beverage in contact with electrical equipment produces sparks and a sizzly noise. Once the wet machine is turned off, dampen the outside of it with a dry cloth and be sure not to move it too much, or else risk the liquid seeping further into the machine.

If, and only if, you have the technical skills to open the case and dry your equipment out with a cloth and hair dryer, do so. Otherwise, we highly recommend that you take it to a professional so you don’t risk disrupting the insides and worsening the damage. Professional IT technicians will be able to accurately assess the damage and determine if it’s salvageable or not.

Our experience with spilled drinks informs us that there’s only one scenario where Coke spilled inside a server leads to happiness, and that’s after the fact when it’s remembered that the data is backed up and can easily be recovered, thanks to having a solution like our Backup and Disaster Recovery tool in place. #BePreparedForAnything

At the end of the day, we recommend that Coca-Cola stick to making feel-good commercials about singing songs and polar bears and leave the technical stuff to the IT professionals at NuTech Services.