Sports Are a Training Ground for Smart Technology 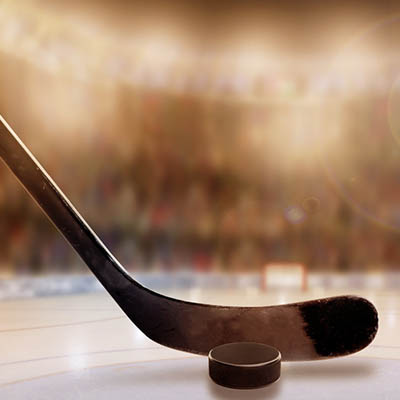 Smart technology and the whole Internet of Things revolution has been underway now for some time. One vertical market that has embraced this shift was that of sports and fitness. Of course, you’ve heard of (and possibly own) a fitness band that is designed to track your steps, your vitals, and some other things to allow you to be the best version of yourself. This technology has been around for years and, while useful, isn’t transforming the face of sports like the technology you are seeing being introduced today. Today, we’ll take a look at how the IoT is transforming the sporting world.

The Games
Sports are important throughout the world. With so many people claiming to be sports fans, and so much money spent on viewing sporting events annually, it stands to reason that one of the biggest technology trends in history hit the sports world (and athletics as a whole). To this point the Internet of Things has been a conceptual strategy in some industries. Not in sports, where athletes, teams, and leagues are using sensors and smart products to help quantify and track elements of an athlete’s performance, while using the immense amount of data that’s produced to formulate plans to make sports safer. The analysis of this data has become big business, and is, in some cases, transforming the games themselves

The National Pastime
One example is happening in baseball. Several years ago, the use of data began to change the way teams value players. Called sabermetrics, it took all the raw data that was collected from the game (and there is an awful large amount of data in every game), plugged it into algorithms that were uses to compare every player to every other player. This provided a map of how to put together a winning team for fewer dollars. Later named “Moneyball”, the strategy began to make its way through the major leagues, into the minor leagues, and beyond. With so much impetus put on the numbers, a lot of teams started finding new algorithmic approaches to try to get an advantage.

When the IoT was in its infancy, the shift toward analysis has only quickened the pace of innovations. Today, so much raw data is taken from a baseball game that all 30 major league teams have come to employ huge analytic departments to sort through and quantify the data. This has not just been used to determine the acquisition (and value) of players, it has been used to determine lineup configuration, defense configuration, pitcher effectiveness, and all in the name of situational advantage.

Once general managers, managers, and players knew what they were looking for, they began to use the newest technologies to track specific parts of a player performance. One way that IoT is working to improve player performance is by introducing technologies like SwingTracker that attaches to the bat and captures a player’s swing in 10,000 separate data points per second, and the mThrow wearable sleeve that pitchers can wear on their arms to measure pitching mechanics. Since millions of dollars are spent on contracts for players, teams are trying to be as diligent as possible as to not waste available capital. Beyond the dollars and cents, these IoT wearables not only help athletes fine-tune their craft, they do it in a way that helps them avoid injury.

Other major sporting leagues including the NFL, MLS, Premier League, NHL, NBA, and PGA all have incorporated IoT devices into the training and reporting strategies trying to both enhance the quality of their product while protecting (as much as they can) their resources (their players).

The Athletes
For the athletes themselves, the IoT has a myriad of potential uses. Today there are smart clothes, including socks, shoes, fabrics, and more designed to help the track and improve performance. Here are some examples of IoT devices that are helping individuals excel in their athletic endeavors:

The Internet of Things is changing the world we live in, and it’s not happening slowly. Have you started using IoT-connected devices? Tell us about your IoT experiences today in the comments section below.