Security Concerns Have Led To New Voting Machines In Virginia 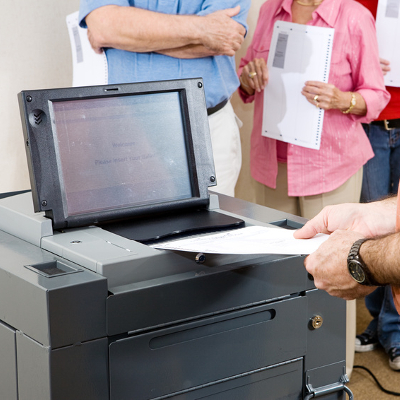 Regardless of your feelings on the matter, the 2016 United States presidential election was an extremely divisive one–in no small part, due to the suspicion that the outcome of the election may have been significantly influenced by hacked voting machines. This uncertainty has led to some states making strides to ensure that their technology will no longer be responsible for such doubts.

Virginia is one of those states, deciding to remove direct-recording electronic voting machines in favor of those that produce paper documentation. In addition to that, there is now legislation in Virginia that will remove all touch-screen voting devices from circulation by November 7, 2017. This is when the next governor is to be elected, along with various other positions.

According to Politico, Governor McAuliffe has pushed for legislation to provide the necessary budget to replace new voting machines, but this legislation was denied two years ago. Things have changed since then, and now the state has little choice to obtain new machines, as the old ones will no longer be certified for use.

Other states have been recommended to emulate this decision by the Board of Elections, but again–it’s only a recommendation. While paper ballots do seem to be more reliable and authentic as the tangible option, counting them can be a drag. Therefore, it only makes sense that the states would want to expedite the process with technological assistance. Even so, there is the risk that this key democratic data can be manipulated and altered.

You can find a similar scenario much closer to home, in your very own business. If your systems aren’t painstakingly maintained–as many states’ voting machines are not–they can be vulnerable to numerous hacks and other attacks. Do you really want to risk your sensitive data when a solution is so easy to find?

NuTech Services’s technicians can help give you the ability to better prepare for a successful future for your business. One way is by equipping you with a Unified Threat Management tool that helps protect your business from threats before they have a chance to strike. Call 810.230.9455 for more information.