People Have Been Working From Home Longer than You Think 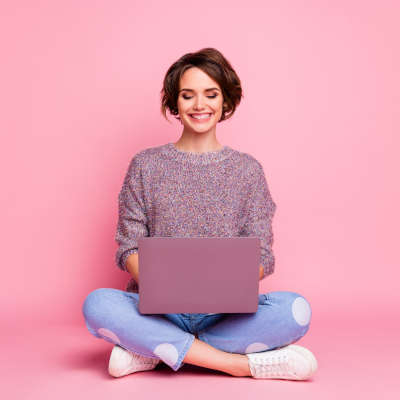 Working from home isn’t new, but with the COVID-19 pandemic sparking public health fears many businesses decided to move their operations offsite. For much of the past decade remote work was an available strategy for business, but many business owners feared it would give them a lack of control over their workforce, and therefore was largely ignored. This was despite remote work being a strategy people have embraced for a long, long time. Today, we take a look at the history and progression of working from home.

For Much of History People Worked From Home

In medieval times people predominantly worked at their place of residence. Many people of this era in Europe lived in what are known now as longhouses. They lived a subsistence life, looking after their crops and livestock. Individuals that lived in these communal buildings typically found a way to justify their inclusion by gaining a trade that would help the rest of the people out. In fact, it wasn’t until the mid-18th century where people started going outside their immediate community to go to work; and even then, the people that ran the factories lived and operated out of small buildings adjacent to the main factory.

Office Work In the 20th Century

As industrialization took hold, there was demand for clerical workers and salesmen that necessitated building an office. Inventions such as electric motors, telegraphy (and eventually telephony), and the typewriter facilitated a major change for business.

Only a few decades later, much of the job market was represented by clerical work. The workers that still worked in production were made to hold fast to management’s new standards for productivity. The standard that kept increasing. Managers of the time began to keep detailed figures of how long a task should take. According to a productivity field guide from 1960, swiveling in your seat should have taken .009 minutes. At this juncture, the cubicle was invented, bringing unparalleled distraction prevention to the modern office.

As computing became more commonplace, so did remote working. Factories, the base for the 20th century American economy, started to close as the price of labor started to be prohibitive for business. Service jobs filled the gap and a new level of productivity was established. Major innovations such as the personal computer, home Internet service, and ultimately cloud computing have expanded the availability for a worker to have access to everything he/she needs from anywhere.

What better place than home?

Remote work had been growing pretty rapidly as the COVID-19 pandemic hit. In mid-May, 66 percent of people that could work from home, were working from home. That number is sure to go down as businesses reopen, but it may be that enough has been learned from this situation that employers will offer more flexibility to their staff than they had previously.

Remote work can provide your business some serious benefits. To talk to our professional consultants, call NuTech Services today at 810.230.9455.