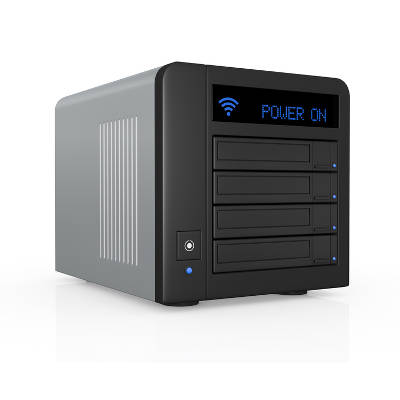 A new study by Disaster Recovery on the state of data backup for enterprises yields some rather disappointing results, particularly when it comes to the percentage of companies not enacting data backup best practices. Companies that fail to continuously backup their data, or fail to even back it up at all, are gambling with their future.

For starters, one of the most shocking finds from the study is how 72 percent of businesses are “happy to lose” more than 24 hours’ worth of data after a cyber-incident. When one looks behind the scenes as to why this is, they may find it in a company’s data backup practices. This is especially the case if a business is utilizing tape backup–a data backup procedure that typically backs up a company’s files once every 24 hours.

Admittedly, a business having tape backup is better than not utilizing any form of backup whatsoever; a category which 13 percent of businesses find themselves in, according to the study. However, being “happy” that your data backup needs are covered vs being “happy” about losing 24 hours’ worth of data should be viewed as two entirely different forms of “happiness.”

To clarify our point, consider your SMB in the following IT scenario: At the end of the work day, a designated employee goes to perform a backup of the day’s work by swapping out the old tapes for new ones. The following day, an employee responds to a spam message by clicking on a malicious URL contained within the message. This dumb move ends up infecting your entire network with ransomware, completely disabling operations. Thankfully, you’re able to deal with the ransomware by pulling out the backup tapes and restoring the data from the previous day. While such a move may make you “happy” that you’re able to resume operations, the inconvenient fact remains that your company just lost an entire day’s worth of data, plus several hours (if not more) to restore the data from a backup.

Now, some businesses may operate in an industry that doesn’t handle a ton of data on a daily basis. For example, think of a small retail storefront that’s operated entirely by the owner and all the business dealings take place on a single PC. A small business like this might not take too hard of a hit by losing 24 hours’ worth of data, but it would nevertheless be a costly inconvenience.

For the modern SMB leaning heavily on technology and utilizing enterprise-level solutions, the amount of data generated in a single day can be significant, and more so for companies whose business model revolves around generating digital content, like marketing firms, schools, hospitals, etc. If such an organization were to lose 24 hours’ worth of data, the consequences could range from very expensive to catastrophic.

It’s not overly complicated to do the math and put numbers to such a data-loss scenario. Consider how many payroll dollars are spent on paying employees to generate and handle data, then factor in how much money is made in a single day thanks to all of the data that’s generated. You’ll also want to consider how much money you’ll lose from having your company’s operations miss out on an entire day’s worth of work. Chances are, you’ll be making up the progress lost from that day over the course of several work days. When all of these calculations are compiled, there’s an extremely high chance that you won’t be “happy” with the results–and hopefully be much more motivated to backup your files multiple times each day.

To that end, NuTech Services offers a cloud-based data backup solution that makes copies of your files as often as every 15 minutes. Plus, unlike tape backup, the entire data backup process is automated, meaning that you don’t have to make a nightly task out of swapping out tapes. To equip your business with a backup solution that you can truly be happy with, give NuTech Services a call at 810.230.9455.