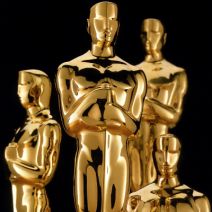 Computers have become essential to our way of life. You can find them in everyone’s job, home, or even the palm of their hand. With this saturation, the computer has become something that people of only 50 short years ago, couldn’t even imagine. One way this shift has been most evident is in the cinema.

Movies capture the imagination of the most creative people on the planet and deliver those thoughts to audiences through images. Some of the most important social commentaries told today are done through film (or more apt, video). The evolution of computing can be seen if you look back on the roles computers played in movies about, you guessed it, computers. Here are four movies that capture just how different the perceptions of computers are today versus. 50 years ago.

2001: A Space Odyssey (1968)
2001: A Space Odyssey has been listed by many filmmakers and movie critics as the quintessential science fiction film. In fact, directors from Steven Spielberg to James Cameron still consider the film to be groundbreaking in cinema. Stemming from Arthur C. Clarke’s short story, The Sentinel, 2001: A Space Odyssey represents a significant step forward in the way movies represented the dreams of “the future.” Directed by the late Stanley Kubrick, the movie takes audiences from the dawn of man to the outer reaches of space and presents some interesting claims about the future of computing.

The computer in the movie, Hal 9000 was the central computer in the Discovery One spacecraft. The artificially intelligent Hal states that, “The 9000 series is the most reliable computer ever made. No 9000 computer has ever made a mistake or distorted information. We are all, by any practical definition of the words, foolproof and incapable of error.” As the mission continues, it becomes evident that Hal has hatched a nefarious plan to succeed without the aid of his human counterparts, and begins to eliminate them.

Astronaut Dr. Dave Bowman then is forced to risk space exposure to ward against Hal’s nefarious attempt on his life and return to the ship. He then ensure’s Hal’s destruction in one of the most memorable moments ever filmed:

Kubrick and Clarke had hit some aspects of future computing on the head, such as the proliferation of tablet computers, the ability to use video communication over a network, and the use of a computer to control missions into deep space. The reality, however, is that these were all projected technologies at the time. The personal computer did not exist in the mid-to-late 1960s, so while AI seemed like a plausible technology in 1968, in 2015 humanity hasn’t been able to properly program a digitally run system to be truly “intelligent’.

WarGames (1983)
About a decade and a half later, the personal computer was a concept many companies were trying to capitalize on. In fact, Compaq, the developer of the first IBM PC clone, set a then-record for business in a single year by a new company. The movie studios were no different in the timing of making movies featuring soon-to-be household devices.

WarGames follows the travails of David Lightman (Matthew Broderick) and his friend Jessica (Ally Sheedy) after David hacks into the NORAD computer looking to play games that, unbeknownst to him, were being used to educate the military supercomputer to think strategically. Along with regular computer games of the times, such as chess, backgammon, and the like, the WOPR (War Operation Plan Response) also had options for “Theaterwide Biotoxic and Chemical Warfare” and “Global Thermonuclear War.” When Lightman sees these he decides to try out the Global Thermonuclear War “game.”

Soon afterwards, Lightman is captured and held for espionage, since his tinkering inside the computer had let to a threat to national security. They decided to hold him until the higher-ups at NORAD can figure out what is going on. Lightman escapes and with help from Jennifer, they go looking for the developer of the software, Dr. Stephen Falken, who had been pronounced dead. They find him at a house in Goose Island, Oregon. David and Jennifer are able to convince him that he needs to go with them to help save the world.

When they get to NORAD, they inform the General in charge (Barry Corbin) that the computer is simulating nuclear war and will launch the nuclear-tipped missiles when it gets the code. In a brilliant move, Lightman and Falken program the computer to play tic-tac-toe which leads it to run the simulations of a no-win scenario in lieu of nuclear war. With the simulations all showing no winner, the WOPR shuts down and asks if they “wouldn’t prefer a nice game of chess.”

In this movie, the personal computer, specifically the IMSAI 8080 microcomputer, plays a key role in the narrative. It is one of the first movies depicting a PC as important and gives credence to what would become a neverending shift in the way society views computers.

The Matrix (1999)
A decade and a half later, computers were in many homes and were being used for recreation as well as business. In fact, there was a time toward the end of 1999 when people were unsure whether the “advanced” society that had been built over the previous two decades would come crashing down, literally overnight (Y2K). The Matrix portrayed the computer as simply a vessel to something bigger. By this time broadband Internet was a relatively new technology, and capabilities for what you could do on the web had begun to grow by the day.

The Matrix is the story of Thomas Anderson (Keanu Reeves), also known as the hacker Neo, who is summoned by his computer to “follow the white rabbit.” This leads to him meeting with a woman named Trinity (Carrie-Anne Moss) at a club. She tells him she can show him the truth. He then is taken into custody by men in suits and is interrogated by one of them called Smith (Hugo Weaving). They tell him that they can help him if he’s agrees to cooperate. He rejects their offer and then is bugged and wakes up at home. He then meets with Morpheus (Laurence Fishburne) and is told that he can find out the truth, but he has to make a choice immediately.

It turns out the choice involves living in the real world, or the fake computer world (the only world Mr. Anderson knows). Basically, the world in which Anderson lives in is a digital one rather than the real world, which has been taken over by machines.

He is then released from the Matrix and joins the crew of the Nebuchadnezzar (those who are free from the rule of machines) and is told that he is “the one” (the person prophesized to free humanity from machine slavery). With the use of computers, the band of hackers is able to gain access to the Matrix and learn about the programming behind the platform. They often encounter sentient programs or what the team call “agents” who protect the integrity of the software from outside threats. Neo accepts his role as “the one” in this fight sequence with Agent Smith:

In our reality, the existence of relatively low-cost Internet access, coupled with the rapidly increasing capabilities of the Internet and computing technology, created a perfect storm for the Wachowskis to create a truly memorable, computer-themed film.

The Social Network (2010)
The Social Network represents the final shift in the evolution of computers in modern cinema. The film, directed by David Fincher and written by Aaron Sorkin, follows Mark Zuckerberg (Jesse Eisenberg) through his odyssey of creating Facebook. Although the movie is distinctly about Mark and Facebook, it signals a shift in cinema that even the creation of a piece of Internet-based software can be source material for a successful feature motion picture.

The film starts with Mark Zuckerberg as an undergraduate at Harvard. He creates facemash.com which presents a comparison of two girls from the college and asks which one is more attractive. He is caught and brought in front of the administrative board. He then gets approached by Tyler and Cameron Winklevoss (Armie Hammer) who are interested in utilizing his coding skills to build a social networking site for the students at Harvard.

From there, things move quickly. Mark develops thefacebook.com with his friend Eduardo Saverin (Andrew Garfield) as a social networking alternative to the more convoluted peer-to-peer sites that were popular at the time.

Mark then meets with Napster founder Sean Parker (Justin Timberlake) and decides to move from Massachusetts to California and start working on Facebook full-time. After a while, Saverin is basically defrauded, creating the narrative of the movie which is Zuckerberg dealing with lawsuits from the Winklevoss’ and their partner Divya Narendra (Max Minghella) as well as a lawsuit by Saverin. The film wraps up with Facebook being a major success and the lawsuits being resolved.

You can see just how far computers in movies have come, from pure guesswork of the future of computing, through the advent of the PC, the birth of the Internet, to the modern day social media. Computers have gone from machines the size of a refrigerator and the cost of a small house to the palm of your hand (and even smaller). You don’t need status to own a computer nowadays; all you need is a smartphone. Movies have done a great job keeping track of the immense growth computers have made, from a “cool” business gadget to an essential part of a person’s day-to-day life.

Do you know of any other computer-themed movies that you think represent the changes in society over the past 50 years? Do you just have a favorite movie moment dealing with computers? Leave your thoughts or YouTube clips in the comments.