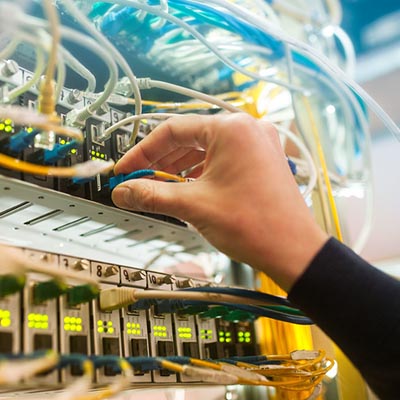 If there is one thing that we all know about 5G it is that it’s coming? It’s been coming for years. For a decade, the next biggest thing has been 5G. We’ve routinely heard statements like “When we get 5G…” Many of which came from people that had no idea what the “G” in 5G even means (It literally stands for “generation”). Today, we’ll separate the facts from the fiction to get you up to speed on 5G.

To begin, we have to say that anyone that is talking about 5G as a selling point for any product or service in early 2019, you are looking at a marketing strategy. As the year goes on, however, we will be getting the first 5G networks and devices that can run on them. So, while it is true that some 5G wireless networks will be online in 2019, the lion’s share of networks will be using the same wireless platform that you’ve had for the past decade.

In December 2009, 4G wireless broadband networks went online for the first time, with the U.S. finally getting 4G LTE in June of 2010. Much like 5G will be for us, 4G was a revelation for mobile consumers of the time. At the time, 3G networks were doing 200 kilobits-to-five megabits per second and boosting to 4G’s 100 megabits-to-a-gigabit per second is a huge jump. It allowed for cloud computing and streaming media to be possible, and opened up a massive market for mobile applications, and devices that could handle these applications. The effect 4G had on society was massive.

Like the 4G networks before it, 5G networks will improve bandwidth speed, reduce latency, and provide a whole new layer of application support. It will effectively bring office Internet speeds to mobile devices. With speeds up to 100 gigabits per second, the 5G connection will be nearly 1,000 times faster than current 4G speeds. This will make any streaming communications seamless and give application developers a whole new construct to work in, improving mobile computing with each new innovation. To put this into perspective, with a solid 5G connection, you could, in theory, download a full movie in a few seconds

This gives people better network stability to ensure that business-critical mobile functions are reliable and has the speeds necessary to provide users the digital tools they need to be productive anywhere they are. The problem many organizations (and individuals) will have is that with this amazing upgrade, when your area gets 5G (Verizon has announced they are launching their 5G the second week in April in Minnesota and Chicago) you will have to get a phone that is capable of working with the new 5G networks. Thus far here is the list:

That’s it. No Apple version. No Eurpoean version. In fact, of these phones, the Galaxy s10 5G is the only one that will be available in the United States at the time of Verizon’s 5G launch in April.

Also, Verizon is also making available a 5G mod for the Moto z3 for $50. The retail price comes in at a cool $349.99 if it isn’t purchased in the promotional period.

Users should also know that if they are lucky enough to get access to a 5G network, they will be forced to pay extra for access to it. The price currently is an additional $120 per year on Verizon, other Telecoms haven’t announced a true 5G pricing strategy, even though most of them have rolled out some products claiming to have 5G capabilities on handsets that only offer 4G LTE speeds. As we stated above, these are marketing ploys.

Do you plan on using 5G when it’s rolled out? Leave your thoughts in the comments section below. If you would like to know more information about the technology behind 5G subscribe to our blog today.