Is Blockchain a Shield for Cybercrime? 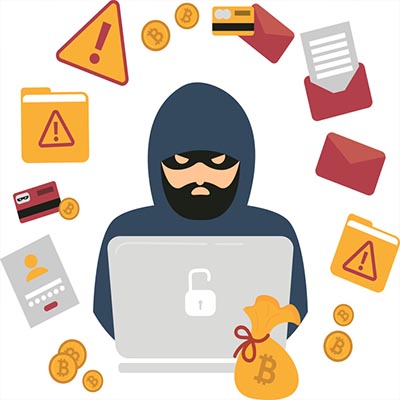 Blockchain technology is all the rage these days. Business owners are going to start hearing this buzzword as a bullet point in software solutions. Developers from all over the world are trying to harness the power of encrypted, distributed data, mainly due to the reputation that blockchain has regarding the “unhackable” permanence of the data stored upon it. However, it as powerful as blockchain is purported to be, it isn’t totally infallible.

How Blockchain Has Been Shown to Be Vulnerable

Let’s face it… blockchain technology is a human invention, which means that there are going to be some flaws.

Again, as a human creation, there are going to be some flaws in blockchain platforms. One investigation revealed that some blockchain and cryptocurrency platforms had over 40 vulnerabilities.

Many of blockchain’s vulnerabilities have more to do with the nature of the platform as well. One such vulnerability is known as a 51% vulnerability, and is associated with mining cryptocurrencies. Let’s assume you are a cryptocurrency miner. If you manage to accumulate hashing power that exceeds more than half of what the blockchain contains, you could leverage a 51% attack to manipulate the blockchain to your own advantage.

Naturally, more popular blockchains, like Bitcoin, are far too expensive to be practical targets, but smaller coins are much more affordable to attack and can be lucrative for hackers. In 2018, 51% attacks were leveraged against less popular cryptocurrencies, netting the attackers approximately $20 million.

Using a blockchain requires a user to have a private key. Naturally, if this key were to be stolen, those cybercriminals who stole it would be able to access and tamper with that user’s blockchain. What’s worse, because the blockchain is decentralized, these kinds of actions are difficult to track and even harder to undo.

As you might imagine, most breaches involving a blockchain are in some way tied to an end user. In 2017, a fraudulent cryptocurrency wallet service was left up for months as the cybercriminal responsible allowed people to funnel their cryptocurrencies into it before stealing $4,000,000 – out of a reported total of $2 billion being stolen since 2017 began. In January 2018, it was disclosed that hackers stole private keys with malware, taking over $500,000,000 in NEM coins (a now-effectively-worthless cryptocurrency established by a nonprofit).

If hackers are able to steal from a purportedly “unhackable” technology, what’s to stop them from stealing from your business?

Cybersecurity solutions from NuTech Services, that’s what. We can set up the security solutions your business needs to protect its data, and monitor your systems to detect breaches preemptively, preventing a security issue from happening. To learn more about what we can do, reach out to us at 810.230.9455.