How Much Time Do You Spend on These Websites? 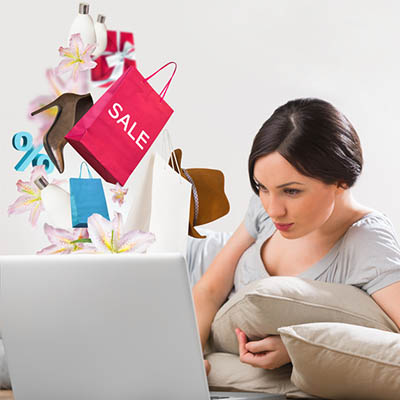 The Internet is massive. It’s simultaneously a never-ending shopping mall, the biggest library that you’ve ever seen, and movie theater. According to a study conducted by MIT, the average American now spends a full day of their week (24 hours) online…and that’s just an average. We all know people who are locked into the Internet from the moment they wake up and stay locked in until they go to sleep. Surprisingly, people only spend their time on a handful of the over 644 million websites that populate the Internet. Today we will take a look at the four most visited sites on the Internet and examine why users spend so much time visiting them.

Google.com
I don’t think anyone would be surprised to find out that Google was the most visited site on the Internet. As the most popular (and best) search engine on the web, it is the most useful site. After all, when you search for something on the Internet (whether you use Google.com or not), it’s referred to as “googling”. This just speaks to its transcendence in the consciousness of Internet users everywhere.

The Google homepage is extraordinarily simple with no advertisements and options to access Google-based products and services and provides a legendary ease of use. Simply type (or speak) your query in the Google bar and wham, you have results. In 2017, nearly 70 percent of all web searches were done using Google.com. Results pages give visitors a lot of options, and do have advertisements, but Google has made certain that the ad space they sell is qualified and is represented on the page much like the non-ad content, as to not distract the user. Some options they give visitors include search query results, access to media, access to contact information, access to immediate information (if available), and suggestions for other queries you may use to get the answers you want. Add it all up and Google has become the most visited site on the Internet because it brings a lot of value to each and every user.

YouTube.com
Consider for a moment that the video streaming service YouTube may just be human’s greatest resource. Who among us hasn’t gone onto YouTube to view a tutorial about something or other? People continuously seek knowledge and today’s person is much more comfortable taking their information in video form than they are through reading. YouTube is a website that shows you just how helpful people can be when they have information they are willing to share.

YouTube’s search engine is technically the second largest of its kind on the Internet, and if you think that figure is impressive, consider one more tidbit: at any given time, half of the Internet is viewing YouTube. Whether you are looking to be educated or entertained, YouTube is a one-stop shop.

For businesses it’s more a mixed bag. There is no doubt that the marketing opportunities provided by YouTube can be a great way to get your message out to potential customers, but the drains that YouTube can have on employee productivity are substantial. In fact, some businesses have suggested that they lose upwards of seven hours per week per employee (or about 18% of total productivity), so if you are going to allow your staff access to YouTube at work (which statistics show you should), make sure that you have a system in place that can work to limit employee access to training materials and other educational channels and not time-wasting channels.

Facebook.com
Over two billion people actively use Facebook. Today, it’s used to run events, sell products and services, and express opinions. Since so many people utilize the service, anything you need to do as far as virtual networking can be done using Facebook.

It has a lot of attractive integrated applications, but no single application has as big of an effect on the use of Facebook as Facebook Messenger. The messaging application sets Facebook apart from all other social networks as it integrates with most computing platforms to provide feature-rich text messaging to other people using the service. Beyond Messenger, there are countless other ways to connect with people on Facebook. Games, discussion groups, and much, much more make Facebook the go-to resource for social networking on the web.

Like YouTube, Facebook can be a big drain on productivity. One study found that Facebook costs U.S.-based businesses upwards of $28 billion a year. That’s about 1.5 percent of all potential productivity lost to political memes, friend’s statuses, and event planning, so be sure to monitor your network for Facebook usage and limit it as necessary.

Reddit.com
Reddit is the largest online forum website and has made it up to the top four because of the amount of time people spend on it. As the self-proclaimed “front page of the Internet”, it has become the site where people spend the most time. There is no other website that has the combination of controversy, information, entertainment, and potential distraction that Reddit has. There are literally thousands of different topics being discussed in forums, called subreddits. Any hobby, platform, opinion, or fact probably has its own subreddit. Since users can search through them, and quickly become engaged, time can melt away pretty quickly.

Of all the sites that a business should consider blocking, Reddit has to be at the top. By allowing it to be accessed by your staff, there is a distinct possibility that you are just tossing money down the drain. So, while it is extremely useful for anyone that wants to learn or discuss variables about issues that are relevant today, Reddit is most certainly an enemy of productivity.

Everyone knows that the Internet is a great resource, but it can also be a huge waste of an organization time–and that is a resource you can’t get back. For more information about instituting a content filter to ensure that your staff is focused on the things they should be while at work call NuTech Services today at 810.230.9455.