How Much Have Smartphone Cameras Made a Difference? 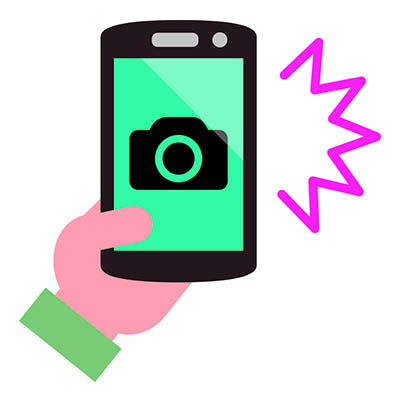 When it comes to selecting a smartphone, most consumers look to the camera as a major deciding point – after all, many popular applications geared toward the everyday user heavily lean on the use of a camera. This utility and, in some ways, reliance have only encouraged rapid advancement to phone-based camera technology since its origins in the Samsung SCH-V200.

The very first smartphone cameras were simply a handheld camera that connected to the phone via a cable. This all changed upon the release of the SCH-V200. While the user still needed a computer to remove the images from their phone via cable connection, and the image quality wasn’t great, the ability alone was enough to start a revolution in what is expected of our technology.

In the years since the SCH-V200, phone-based camera technology has grown in leaps and bounds, arguably being responsible for shaping how we view mobile computing today.

The First Smartphones
While the Samsung SCH-V200 was the first phone that featured a built-in camera, this feature was quickly capitalized on and adopted by many, allowing images to be taken and shared. This technology had some time to develop before the release of the original smartphones in the mid-2000s. Both the iPhone and T-Mobile’s HTC G1 featured rear-facing cameras, and while this feature wasn’t particularly focused on by reviewers, the significance of this pocket-sized technology was very quickly apparent.

The Smartphone’s Development
Later on, mobile phones began to sport front-facing cameras. This assisted in the development of “selfies,” giving a newly immersive experience to sharing points in one’s life. This made the expansion of Internet connectivity and advent of social media an even bigger piece of the smartphone experience, making such cameras a must-have feature.

As a result, more and more features were added that made the camera and its use better. The now-standard LED flash, allowed users to take pictures in low light (a much more difficult task beforehand). Software improvements enabled other camera features to come into their own, autofocus, video capture, and optical image stabilization being feasible thanks to the increased processing power that the chipsets possessed.

The Boost of Social Media and Other Applications
Of course, the first few generations of phones that had a camera were limited in functionality somewhat, the front-facing camera only adding so much. However, once the ability to capture high-definition video came into play, this all changed. The combination of this new feature with the birth of social media (at the time, mostly YouTube) made the camera a much more influential feature for the average consumer.

This concept seems strangely foreign, now that there are easily hundreds of apps that integrate both front and rear-facing cameras for their most basic usage. Returning to YouTube for a moment, a full 300 hours of video are uploaded to the site every minute, most of it probably originating from a smartphone. Since their introduction, smartphones and their cameras have captured images and footage that has been inspiring, outrageous, and socially relevant. An iPhone’s camera was exclusively used to shoot the award-winning, feature-length film titled Tangerine.

How the Camera Saves the Mobile Market
As it happens, the camera has become the primary reason to buy a new mobile device, with application development and processing power both plateauing, and the apparent fact that only Samsung and Apple can consistently manufacture smartphones that see any kind of profit. Yet the cameras on these devices only continue to improve, more high-end smartphones now featuring dual-lens cameras. These cameras provide no small amount of benefit to the user, providing them with more options behind their photography, in addition to:

Thanks to the continuing improvements in their cameras and software, the smartphone user is effectively walking around with a complete photography studio in their pocket. How well are you able to use your smartphone’s camera? Leave any hints you have in the comments!