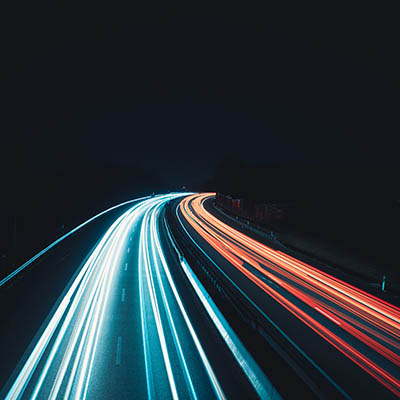 The way a business handles network security is directly related to what problems will arise from their use of information systems. Cybersecurity has become a major part of all businesses, of all geographic locations, and all sizes. Because the better your cybersecurity is, the less problems your business will have to overcome, cybersecurity has grown into a multi-hundred-billion dollar a year industry. Cybersecurity hasn’t always been a concern for businesses. After all, the internet hasn’t been around for THAT long. However, the history of cybersecurity has a fascinating story behind it, and today we’d like to share it with you.

Let’s start with where we are now. History is best told on a timeline, so let’s start from the present. Cybercrime today is profiting over $1.5 trillion each year, and that figure continues to climb. Some have predicted that this figure will nearly quadruple by 2021. Security breaches are up by 67 percent over just the past five years.

How is this figure climbing so quickly? Well, let’s examine the most popular form of cybercrime: phishing. The method that cybercriminals are using are able to deploy all types of malware, yet also has data-stealing abilities. Whether that data is your sensitive personal information, or login credentials to your bank account, phishing gives a cybercriminal direct access. The worst part for people who have fallen victim, is until something dramatic happens, they are clueless that they have even become a victim. Phishing attacks have led to billions of records being exposed, stolen, or corrupted each year.

Cybercrime has become a real concern for all business owners. So how did all of this start?

This information NuTech Services is about to reveal may be hard to believe, but cybercrime was Bob’s fault. This trillion-dollar criminal trend is the result of a research project held by a man named Bob Thomas. Bob Thomas made the observation that a program is able to move across a computer network, leaving a trail behind. He then proceeded to write a code that was named “Creeper”. This code resulted in a program that was designed to travel between Tenex terminals on the ARPANET. The message that came across? “I’M THE CREEPER : CATCH ME IF YOU CAN”.

The research project sparked the attention of email inventor Ray Tomlinson. Tomlinson altered this program into a self-replicating one. This resulted in the first computer worm. Immediately after this discovery, he wrote an additional code which was titled “Reaper”. This chased down the Creeper code, and deleted it; which resulted in what was effectively the first antivirus software.

So how did Bob’s experiment start all of this? Well, in the 1980s Soviet hackers considered the applications of this experiment. Academics designed applications that could be used to infiltrate other networks. This ideology quickly spread, and in 1986 German hacker Marcus Hess hacked into an internet gateway which was hosted at the University of California at Berkeley. This hacked connection was then used to piggyback onto the ARPANET. He hacked into a total of 400 computers, including mainframes hosted at the pentagon.

How did this turn into such a profitable “business”? Hess planned on selling the secrets found on these computers to the Soviet KGB. Before he was able to do so, he was caught by the group effort put forth by the FBI and the West German government. His conviction was the first of its kind — cybercriminal activity sentencing. The abnormality of the case resulted in a 20-month suspended sentence.

In 1988, Robert Morris woke up and decided he wanted to see just how big the internet had become. Morris, a software engineering student at Cornell University, wrote a program designed to spread across various networks, work themselves into Unix terminals, and begin replicating. The software replicated so quickly that it actually slowed down the early Internet, which caused major carnage. This carnage become known as “the Morris Worm”. Morris’ worm resulted in the formation of the Computer Emergency Response Team, known as US-CERT today. Morris was the first person convicted under the Computer Fraud and Abuse Act (CFAA). This act was introduced with the intentions to protect against unauthorized access.

After Morris’ worm was handled, viruses began being developed at an absurd rate. The antivirus industry, which started in 1987, began to grow as a result. By the time the Internet was an accessible user-product in the 1990s, dozens of solutions were available to prevent devices from being infected. These solutions scanned the binaries on a computer, and tested them against a database of known virus-code. There were major problems with this protection method, such as the abundance of false positives. They also had a tendency to use a lot of the systems’ resources to scan for these viruses. Remember how slow dial-up used to feel? Your anti-virus could have been the culprit.

The mid-90’s to late-2000’s were a prospering time for the world of viruses. While the figure was estimated to be a few thousand known viruses in the mid 90’s, that figure was estimated to be around five million by 2007. These different malware strains were either worms, viruses, trojan horses, or other forms. By 2014, 500,000 different types of strains were being created daily. This time truly was the malware boom.

Who was stopping this boom? Well, nobody. Cybersecurity professionals needed to make an effort. Antivirus solutions simply couldn’t keep up, and while they might detect malware, they had a hard time preventing it. Innovations in cybersecurity developed quickly. First, endpoint protection platforms (EPP) that didn’t just scan for known code, they also scanned for code similarities. This meant that unknown viruses could be detected.

With advanced malware defeating endpoint protection regularly, it was time to further innovate cybersecurity measures. The timeline innovators had was cut short with the deployment of WannaCry. WannaCry was, at this point, the most devastating piece of malware that existed. WannaCry even shook the world of the most capable security professionals. It encrypted the data on a computer and forced the computer owner to pay in Bitcoin to regain access to these files. This deployment sparked an explosive increase in the cybersecurity industry. It was time for cybersecurity to surpass the capabilities of cybercriminals, instead of being constantly behind.

The only way anyone was able to determine if they were being infiltrated was to have a transparent network. Administrators began using endpoint threat detection and response (EDR) services to monitor their networks. This solution is still cutting edge by today’s standards. While this isn’t the end for cybersecurity, EDR services are extremely capable of keeping malware out of your network.

If you would like to learn more about cybersecurity, or are interested in keeping your business’ data safe, call NuTech Services today. Our professionals can be reached by calling 810.230.9455.