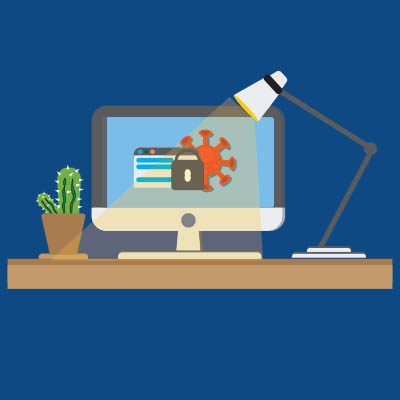 Since the outbreak of the COVID-19 coronavirus has wreaked havoc across the globe, there has been a lot of hope and effort put towards developing a vaccine against it. Unfortunately, just as some experiments have produced promising results, hackers have begun targeting the research centers responsible. Let’s look at this situation to see what it can teach us.

According to the National Cyber Security Centre, a government security organization based in the United Kingdom, a hacking group known as “APT29” (also referred to as “the Dukes” or “Cozy Bear”) has actively targeted the research centers conducting research into developing a COVID-19 vaccine. These claims have been supported by both the United States’ National Security Agency and Canada’s Communications Security Establishment.

In fact, the National Cyber Security Center released a report that outlined the attack that the U.S. Department of Homeland Security’s Cybersecurity and Infrastructure Security Agency also endorses.

This report describes the use of various exploits in conjunction with spear phishing attacks by APT29. Both tactics give APT29 access to carry out the rest of their attacks, which often involves deploying malware known as WellMess or WellMail.

On a side note, some of these exploits have been patched, so make sure you’re also up to date on your patches as well.

Many experts also share the opinion that Cozy Bear has struck before, and that the current threat needs to be taken very seriously as a result. It is believed that APT29 was responsible for the 2016 intrusion into the Democratic National Committee’s systems, as reported by CNN. The group has also been linked to assorted attacks on healthcare, energy, governmental and diplomatic organizations, and think tanks in the past.

What is Spear Phishing?

Phishing is a form of hacking that targets the end user, rather than using software vulnerabilities, to gain access to a system. Spear phishing is a more direct form of phishing. Instead of sending a generic message to massive groups of potential targets to see who takes the bait, spear phishing is specifically directed to an individual with access to key data and resources.

While APT29 may not target your organization as a part of these efforts to steal research, it is nevertheless critical that you and your team can recognize a potential phishing attack and mitigate it before it causes significant problems. While the following is by no means a comprehensive list of warning signs, it is a good place to start educating your team:

For more assistance in dealing with phishing attacks, reach out to us! At NuTech Services, we’re motivated to help prevent a phishing attack from impacting your operations. Give us a call at 810.230.9455 to learn more.