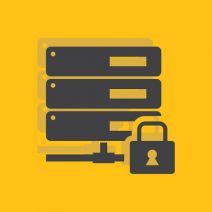 Technology, while a great asset that can be leveraged for your benefit, can also frighten businesses due to how unpredictable it can be at times. The constant threat of data loss, identity theft, and hardware failure can cripple your business’s ability to retain operations. Specifically, businesses can learn about risk management by analyzing the processes used by an industry where risk management is absolutely critical: nuclear power plants.

In the wake of two of the most destructive and violent nuclear disasters, nuclear power plants have begun to crack down on how they approach risk management. The Chernobyl incident of 1986, as well as the tsunami-induced disaster at Fukushima in 2011, are the only nuclear disasters to reach the peak of the International Nuclear and Radiological Event Scale (INES) at a rating of 7. This means that they had an immense impact on the immediate vicinity, as well as the environment on a worldwide scale.

The meltdown at Chernobyl was the result of an uncontrolled nuclear chain reaction, ending in an enormous explosion that resulted in fire raining from the sky and radioactive core material being ejected into the vicinity. A closer inspection of the incident revealed that the explosion could have been prevented, had the plant practiced better safety measures and risk management, like having a containment system put in place for the worst-case scenario.

In comparison, the Fukushima plant was prepared to deal with a failure of operations. The problem that led to a disaster was one which couldn’t possibly have been prevented: the 2011 Tōhoku earthquake and the resulting tsunami. The Fukushima plant had a contingency plan to shut down the plant in the event of a disaster, but of course, the tsunami prevented this from happening properly. Flooding damaged power lines and backup generators, which led to heat decay, meltdowns, and major reactor damage.

Disasters like these lead to professionals searching for ways to prevent emergency situations in the future. For example, the Fukushima incident kickstarted thought for how to prevent problems caused by the unexpected issues. In response to emergency power generators being flooded or destroyed, off-site power generation will be implemented as soon as November 2016.

One other way that nuclear plants have chosen to approach these new risks is by outsourcing this responsibility to third-party investigators, whose sole responsibility is to manage the reliability of backup solutions. In a way, these investigators function similar to a business’s outsourced IT management, limiting risk and ensuring that all operations are functioning as smoothly as possible.

What we want to emphasize to you is that businesses in industries of all kinds expect the worst to happen to them, and your business can’t afford to be any different. Taking a proactive stance on your technology maintenance is of critical importance. While your server that suffers from hardware failure might not explode and rain impending doom from the sky, or expel dangerous particulates into the atmosphere, it will lead to significant downtime and increased costs.

In order to ensure that your business continues to function in the future, NuTech Services suggests that you utilize a comprehensive backup and disaster recovery (BDR) solution that minimizes downtime and data loss risk. BDR is capable of taking several backups a day of your business’s data, and sending the backups to both the cloud and a secure off-site data center for easy access. In the event of a hardware failure or other disaster, the BDR device can act as a temporary replacement for your server. This lets your business continue to function while you implement a suitable replacement.

Plus, NuTech Services also offers a remote monitoring and maintenance solution that allows us to work just like the investigators who work for nuclear plants. We manage and maintain your IT in a way which is designed to detect and prevent major problems, allowing you to work unhindered. We can remotely administer patches and security updates to ensure the continued functionality of your hardware and software solutions.