Artificial Intelligence Can Be Useful To Hackers, Too 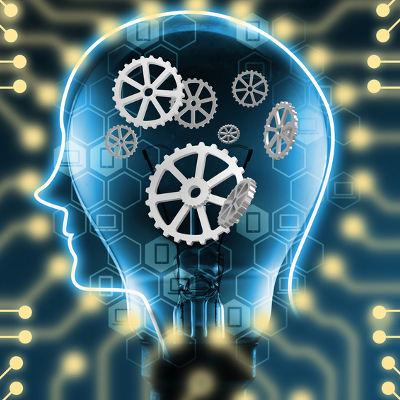 Man matching wits with computer isn’t new territory. In 1830, a locomotive raced a horse to see which was superior in terms of speed and distance. 1956 saw the first time a human played chess against a computer. Today, the time has come when an artificial intelligence has begun to break into a new territory that was dominated by humans for thousands of years: crime.

At a recent technology expo, a human hacker and a sophisticated computer that is capable of machine learning each attempted to spear-phish as many victims as possible through Twitter. For two hours, both entities refined their message in an effort to be more effective against the target. At approximately 1.075 tweets per minute, the human was able to make 129 tweets, 49 of which were successful. The computer was able to make 810 tweets in two hours, which is about 6.75 tweets per minute. In that time, 275 victims were converted.

Even though humans had a higher attempt-to-victim percentage, the machine was able to get 5 times as many victims in the same amount of time.

In a Cylance poll held during ConFab, attendees were asked if criminal hackers will use AI for offensive purposes in the coming year, to which 62 percent answered in the affirmative. Even though no one could cite any specific incidents, the overwhelming consensus among experts is that hackers have already begun using AI. Like all high-tech crimes, AI is a global issue that changes fast and often, making it extremely difficult for law enforcement to find and prosecute perpetrators. Even when they’re able to identify offenders, they often run into issues where the laws and statutes are well behind the technology in question.

Another reason that identifying and combatting AI is so difficult is because there are constant debates among experts around the globe on what exactly constitutes as AI. Think about it like this: millions of people consult virtual assistants, like Siri and Alexa, every day. However, if you ask the majority of them if they were using artificial intelligence, they’d say ‘No.’ In reality, they are both examples of AI being put to use to enhance the lives of its users.

There are a lot of potential uses for AI by cyber criminals. For example, hackers could use machine learning capabilities to write programs that personalize emails with malware attachments. As that technology is developed, there will likely be a time when distinguishing actual email and phishing attacks is nearly impossible. Another probable use of machine learning and AI for hacking is drastically reducing the time and resources it takes to find and exploit vulnerabilities in software though automation.

For a small business, AI might not be not something that you need to concern yourself with – and perhaps it isn’t, at the moment. However, AI is already being incorporated into many aspects of business with great success and many experts feel it will be very important in the near future. What do you think? Would you be willing to give AI a try? Let us know in the comments!