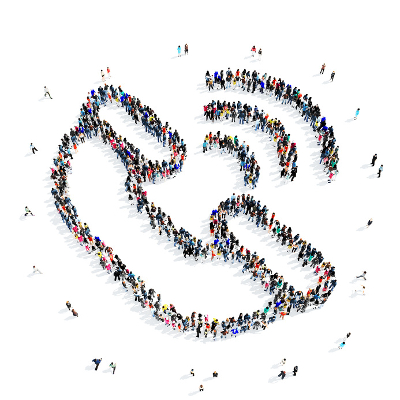 You may feel like you’re familiarized with everything your smartphone can do; yet, there are still some little-known things about smartphones that may surprise you. Take for example these four smartphone facts from List25.

Wirelessly Charge Your Smartphone’s Battery
There’s a day coming when you’ll be able to charge your smartphone wirelessly using radio waves. Nokia is currently developing this technology for mass production, and there’s another product, the Nikola Case (named after the pioneer of wireless technology, Nikola Tesla), that’s already figured out a way to wirelessly charge phones using a specialized phone case. To get an idea of how this newfangled technology works, check out this video.

Smartphones Provide Live Traffic Updates
Apps like Google Maps are extremely useful for making travel plans, especially when it comes to determining which roads to avoid due to traffic congestion. Have you ever wondered how Google Maps is able to provide users with live traffic updates? It turns out that Android phones utilize GPS technology to feed Google Maps real-time updates. For example, if there’s a traffic jam and several drivers on the congested roadway have their phones on, then the traffic jam will be registered on Google Maps so that other drivers can be warned.

Smartphones Deter Nuclear Warfare
Thanks to a regulation known as COCOM (Coordinating Committee for Multilateral Export Controls), your smartphone will automatically turn off if it’s traveling at a speed of more than 1,200 mph, and at an altitude higher than 60,000 feet. The reasoning here is to prevent a smartphone’s GPS technology from being used to guide intercontinental ballistic missiles. Now that you know about this regulation, you’ll never look at a superhero movie quite the same again if the flying hero whips out a smartphone.

The Quirky Reason Behind Waterproofing Smartphones
Waterproofing is a trend that’s catching on with smartphones, as seen with the newest line of Samsung Galaxy phones. Oddly enough, do you know very many smartphone users that asked for this feature? You probably don’t, and that’s because waterproofing smartphones is meant to appeal to Japanese teenagers, known for using their mobile devices in the shower. Perhaps this trend will catch on with Westerners and, sooner or later, you’ll find yourself emailing in the shower.

How many of these smartphone facts have you heard of? Can you think of any more odd smartphone factoids to add to this list? Share them in the comments!