3 Noteworthy Technologies That Were Never Popular 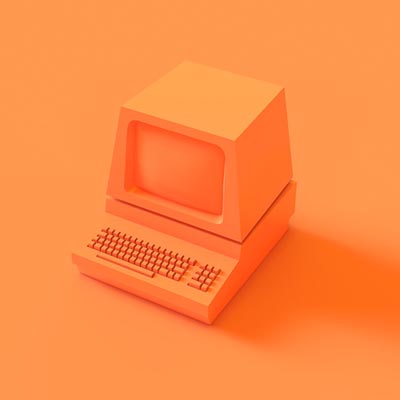 Sometimes technology just doesn’t take off. The industry might think that it’s a game changer, but the device or product itself may not live up to the hype surrounding it, forever leaving the product to compete with the impossible standards set by the hype. Today, we’re going to look at some of these particular concepts, as well as why we think they simply didn’t fit in with today’s innovation-filled environment.

3D Displays
Remember that craze with the 3D movies? Manufacturers have been trying to keep people excited about 3D technology for a long time, but it has met with little long-term success. Content creators simply can’t commit to a 3D capture or post production process. A significant lack of content, combined with consumers needing a silly pair of 3D glasses and the hardware required by the display, people just preferred to stick to what had been working in the past. High-definition displays can make 2D programming look astounding, and with such a small demand for 3D picture, the technology has been abandoned.

There have been talks about resurrecting the technology through what’s called Home3D. MIT’s Computer Science and Artificial Intelligence Lab (CSAIL) has found a way to emulate the 3D experience without the embarrassing glasses, but without content made for 3D, you shouldn’t expect to see too much support for this technology anytime soon.

Smart Glasses
Smart glasses, like Google Glass, used to be a hot commodity, but they fell off everyone’s radar relatively quickly. While they initially were quite anticipated, there are very few smart glasses manufacturers left today. In 2012, Google Glass was being tested by several celebrities, but in today’s technology industry, there are maybe a handful of smart glasses manufacturers at the most. These companies still don’t have a clear idea of who would be the consumers for smart glasses, but they have learned that when it comes to this particular product, less is more.

One of the nails in the coffin for Google Glass was the invasion of privacy. While users might be able to come to terms with Google tracking what you say, buy, and do online, adding a camera to your glasses was simply too much for just about everyone. It was thought for a time that smart glasses could be a viable alternative to a smartphone, but the technologies behind the device simply haven’t been perfected to the point of proper implementation.

Virtual Reality
While virtual reality might be “available” today, people have been talking about it for upwards of 40 years. Other technologies being developed and discussed in the 1980s, like VHS and audio cassettes, have come and gone, but the idea of virtual reality lingers on. This is despite the fact that practical applications of VR are few and far between.

The primary use for virtual reality–gaming–has turned out to be a major failure so far. While there is some value in giving people the ability to share experiences online through VR, it hasn’t been a priority for developers, creating a similar situation to 3D technology. VR as a technology might not be completely dead in the water yet, but there isn’t much excitement out there for the technology–at least not to the point where it can be transformative (at this moment).

What are some of your favorite technologies that haven’t been as successful as you’d have liked them to be? Let us know in the comments.